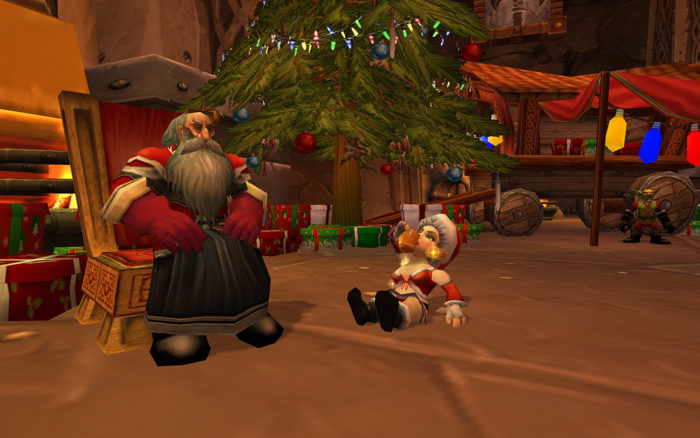 World of Warcraft has gotten in on the holiday cheer shown in the rest of Blizzard’s cadre, like Overwatch, with the Feast of Winter Veil. There’s an event going on right now in-game that features holiday items and other fun things to collect as you play, part of an annual tradition where you collect gifts from Greatfather Winter in Orgrimmar or Ironforge depending on your alliances.

You’ll be able to get six gifts in total while playing during the Winter Veil event, including the Gently Shaken Gift, Festive Gift, Winter Veil Gift, Carefully Wrapped Present, Gaily Wrapped Present, and the Ticking Present. While they’re all full of goodies, the Gently Shaken Gift will bestow upon you the Hearthstation and the Toy Weapon Set. They’re two very cool items that you’ll want to snap up ASAP.

You can nab all six gifts with each character you play with in World of Warcraft, but the event will only be going on until Jan. 1, just like Overwatch’s five free loot box promotion. If you’re already playing WoW to prep for the next upcoming expansion, you may as well pick up these boxes of festive cheer. It’s definitely going to be worth it!