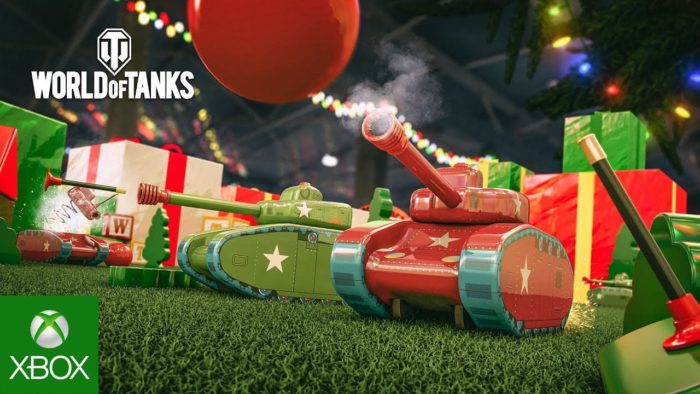 ’tis the season! World of Tanks’ popular holiday-themed Toy Tanks Mode has returned to Xbox players for a limited time. The colorful backdrops and confetti-laden explosions are sure to put a yuletide smile on anyone’s face, and players can experience the oversized artillery of the newly introduced Toy Arty tank for the first time.

Using presents as power-ups, the goal is to gain as much of a competitive advantage as you can, before laying waste to your opponents – effectively breaking everyone’s Christmas toys in the process.

Since first hitting the scene with its PC launch in 2010, World of Tanks has proven to be a hugely popular massively multiplayer experience, and later found its way to Xbox 360, Xbox One and PS4. Its frantic gameplay and free to play model have helped to build a healthy fanbase. This hasn’t been the first time that the game has featured a seasonal gameplay mode, but players will have to get in quick if they don’t want to miss out on the festive madness.