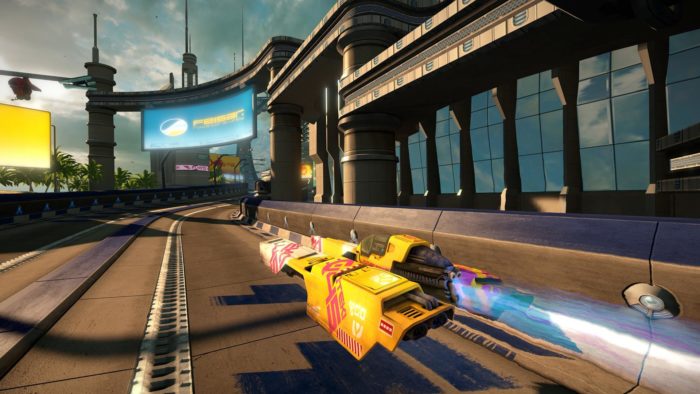 Wipeout Omega Collection – a remaster of Wipeout HD Fury and 2048 – released in June of this year. Soon you’ll be able to play all of your favorite tracks with your PlayStation VR in a free update that will release in “early 2018.”

At PSX, Sony showed off the announcement trailer for what is being referred to as Wipeout Omega Collection VR. The trailer shows that in VR you’ll be speeding around the angular tracks from a first-person perspective, giving the illusion that you’re sitting in the cockpit of Wipeout’s unique vehicles. The ability to use an assortment of different weapons and power-ups remains intact in VR.

The trailer also states that “all tracks and modes from Wipeout Omega Collection” will be available in the new VR mode.

Following the showing of the trailer at the PSX opening celebration, Sean Layden assured us that the VR mode will be coming as a free update to the existing Wipeout Omega Collection, as opposed to being a separate release. Although, he warns that “you’ll have to supply your own air sickness bags.”