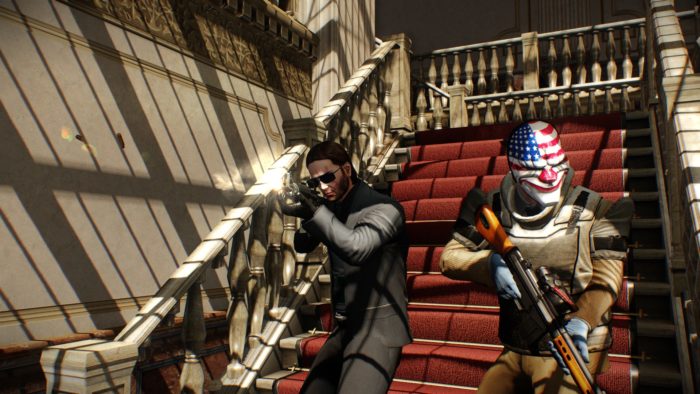 Multiplayer heist game Payday 2 is finally coming to the Nintendo Switch for North and South American players this Feb. 23 in 2018, Starbreeze Studios has just announced. It’ll bring its unique brand of co-op play to the typically family-friendly system as both digital and physical editions, in case you were looking for a few more adult games to play with friends.

Overkill Software’s shooter finds players controlling one of 17 different gang members to help pull of heists alone or with teammates in order to score money from banks, shops, cars, etc. Whether you’re trafficking drugs, racking up the dough, or doing other unsteady things, it’s a pretty fun excursion for friends to play together.

There are currently over 30 different DLC items to pick up, with many of them coming with the Payday 2 Crimewave Edition, which was released back in June 2015. It later released as Payday 2: The Big Score, for PlayStation 4 and Xbox One, with all the content released back in 2015.