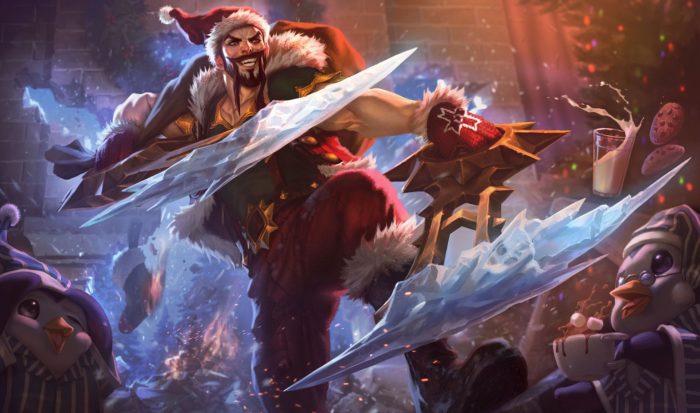 Grab your Poro treats and get ready to stuff your stockings full of loot because League of Legends’ annual Snowdown event is now live.

Additionally, new Naughty or Nice missions provide players with a path of challenges to complete for rewards such as new icons, extra experience, hextech chests and emotes. Players should choose their paths wisely because once one path is completed the other and its rewards will disappear.

Using the shop to gift items will also have its perks for a limited time. Players that spend 1000 Blue Essence on gifts will earn themselves a Santa Baron 2017 icon.

The Legend of the Poro King game mode make its return for the event’s first and last week, while a new game mode called Snow Battle ARURF will run from Dec. 19 to Jan. 2. ARURF is a fast-paced battle on the Summoner’s Rift map, where players will be able to use all Snowdown and Winter-themed skins for free while the game mode is live.

Check out the event trailer below:

The League of Legends Snowdown event is now live. Be sure to head over to the event page for full details.