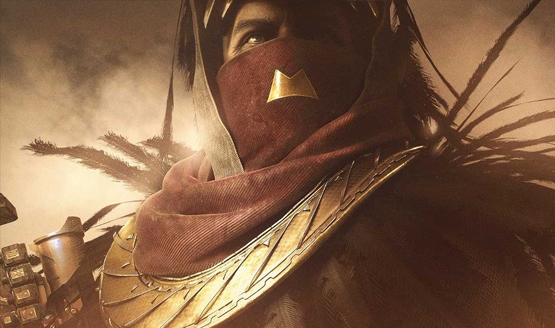 Destiny 2: Curse of Osiris – Who is Osiris? (Spoiler Free)

If you’re here, you’re probably wondering about Destiny 2: Curse of Osiris’ titular character. Who is he? And how is he connected to the larger Destiny picture outside of the events the take place during the expansion? This guide will just very briefly introduce you to the character. That way, if you had no idea who he is because you didn’t play Destiny 1 (or just didn’t pay too close attention to the lore), you’re not going into Curse of Osiris totally in the dark about who this Warlock is.

Osiris is among the, if not, the greatest Warlocks to ever live. Long ago, before the events of Destiny 1, he was a member of the Tower elite and even used to be the former Vanguard Commander before being replaced by Zavala. Many were influenced by him while he was still a part of the Vanguard, most notably his pupil and current Warlock Vanguard, Ikora Rey.

He had an obsession with Vex technology, and his insatiable curiosity for these very dangerous sentient machines led to him eventually being exiled from the Tower. Still, despite that setback, Osiris continued his research into the Vex alongside his trustworthy Ghost, Sagira. Eventually, he would stumble across a major problem that threatens the future of the Solar System. This discovery kicks off the events of Curse of Osiris, which takes place after the campaign of Destiny 1 chronologically.

Besides the Vex-loving Warlock himself, you should also know about the Cult of Osiris. The cult is made up of a a group of disciples that still follow, and support, the exiled Warlock from the shadows in the present and are led by Brother Vance. Brother Vance should be familiar to PvP fans in the first Destiny as he was the primary NPC associated with the Trials of Osiris. Brother Vance, the cult’s base of operations, The Lighthouse on Mercury, will be present in Destiny 2: Curse of Osiris. To our knowledge, the cult and Brother Vance have very little contact with Osiris himself, and support him on their own volition. It’s not like a Charles Manson type of cult or anything like that. Brother Vance apparently has never met him, so at the start of the expansion, he’s super excited about the possibility of finally meeting his hero.

Anyway, that should give you at least a background of what you’re getting yourself into for Destiny 2’s first expansion. Play through the campaign if you’re interested to see how the whole story plays out. Be sure to search Twinfinite for more Destiny 2 tips, tricks, and FAQs.