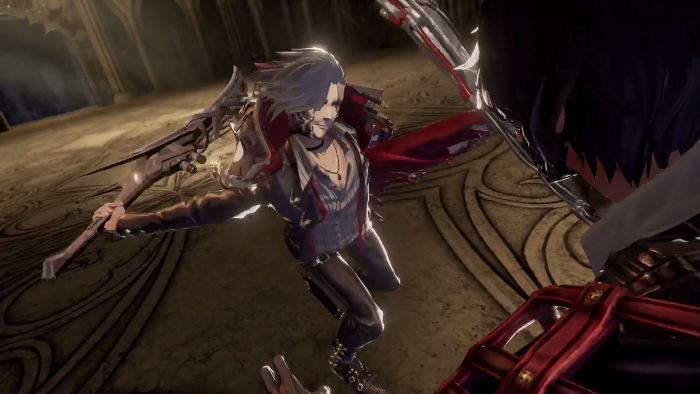 Code Vein, the new action game being developed by Bandai Namco, received a new trailer. We got our first look at the storyline, and it’s looking super anime-influenced. Expect big swords and big-eyed killer schoolgirls aplenty.

Code Vein takes place in a post-apocalyptic world where the cityscape is filled with broken skyscrapers. These skyscrapers are filled with “Thorns of Judgement,” and apparently things aren’t so great. You’ll take the role of a Revenant, which is basically a really strong vampire. The Revenants have given their souls in exchange for immortality and power, but are stricken by the bloodlust that is a hallmark of vampirism. You live in the small remnants of human civilization in a society called Vein.

One of the main baddie types in the game is the Lost. These ghoulish creatures have had all the humanity sucked from them and are generally upset by the whole affair. It looks like Code Vein will play a lot like a faster-paced Souls game, so fans of that series will be excited to know that Bandai Namco is continuing the traditions of that series, even if only in gameplay.

The Japanese band VAMPS wrote the song “Underworld,” which you can hear featured in the new Code Vein trailer. VAMPS is composed of J-Rock superstars K.A.Z. and Hyde and the game will include a few singles from their new album UNDER WORLD as part of the soundtrack.

We don’t know when Code Vein will be hitting stores, but the game is looking fluid already. When it does release, it will come to PlayStation 4, Xbox One, and PC.