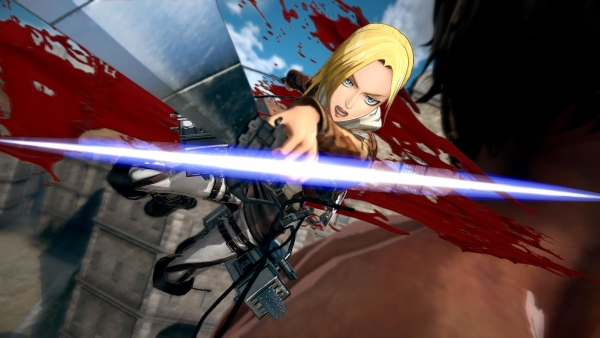 Attack on Titan 2 will finally be lumbering to consoles in the west on March 20. If you’ve been looking forward to killing a series of Titans over and over in the upcoming sequel, your dreams should be coming true next year.

The game is even getting a couple of different editions: the standard version and the Japanese Treasure Box Edition, which will be up for grabs for 14,800 yen on both PlayStation 4 and Switch as well as 13,800 yen on PS Vita. It comes bursting with a copy of the game, a soundtrack, 8 character pins, a soundtrack, and two posters. It’s a pretty great time to be an Attack on Titan fan if you’re able to get your hands on that package.

There’s also a few different bonuses you can get with the Japanese purchase of the game:

Lastly, you can check out the newest trailer showing off the great-looking gameplay footage. It’s nowhere near as good as the look Dragon Ball FighterZ has going on, but it’s certainly impressive.