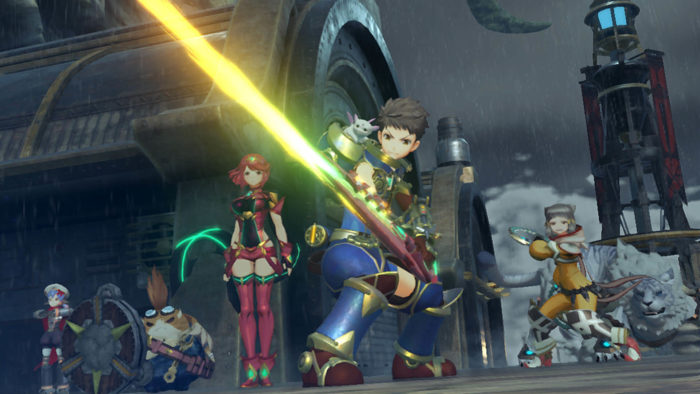 Xenoblade Chronicles 2 is coming out tomorrow for Nintendo Switch, and alongside it a shiny new day-one update is releasing as well. Patch 1.1.0 will be available in tandem with the new JRPG, so you’ll have a bit of a hefty download to go through before you can get started playing proper.

The patch will feature several important improvements to gameplay as well as support items taken from the first bit of DLC, part of the Expansion Pass that’s coming soon. These items include 10 silver cylinders, 5 common core crystals, 3 cream orange paratas, and 50,000G.

The Event Theater feature will be added as well, an interesting augment for cutscenes. Game balance adjustments, a button to access the Expansion Pass via the main menu, and a free Japanese voiceover pack will be available as well. You’re probably going to want to use it, in this humble author’s opinion.

There’s more content that you’ll be able to rack up for the already sprawling JRPG in the future. It certainly looks like it’s one that’s built to last.