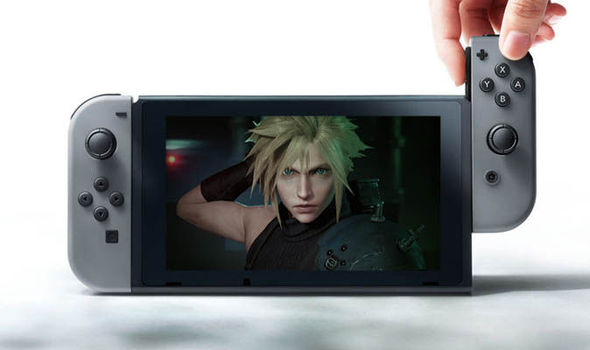 Square Enix president and CEO Yosuke Matsuda has stated in the company’s quarterly financial call for investors that release dates for “major titles” in the publisher’s portfolio will be announced between April and June next year.

Matsuda’s full quote is as follows: “Development efforts for major titles are underway at both our overseas and domestic studios. We will be making announcements about the release dates of those titles between the end of FY2018/3 and E3.”

The company seeks to maximize the potential of these titles as much as possible, dedicating a lot in marketing is needed in order to achieve this goal. “We have built a pipeline of major titles, so we are currently exploring how to market and run those so as to maximize their potential. For starters, we definitely want to achieve operating income of ¥40 billion,” Matsuda stated.

Square Enix also said that it’s lowering development risks by setting realistic plans the company can achieve. Development of games from now on are being worked on according to a precise order.

“I believe you will be able to tell how long our development lead times are based on the launch dates we will be announcing for our games going forward. I will say that we are facing less risk of having to engage in re-work thanks to the precision with which we are approaching our designs in the initial phase of each development project. I believe that the development efforts for the new titles we will be launching starting in FY2019/3 are proceeding in line with our plans.”

For now fans know that the highly anticipated Kingdom Hearts III is set to release sometime in 2018. Today’s news could indicate that the publisher will soon be ready to set forth a release date for Final Fantasy VII Remake, though only time will tell when exactly the company will disclose this information.

The publisher also had a few words to share regarding its opinion on Nintendo’s Switch, stating that there’s potential for both new IP and remakes of older games – like Final Fantasy VII – to exist on the console.

“Nintendo Switch is seeing rapid uptake, and we welcome the arrival of such a platform. We intend to be proactive in our development efforts given that it’s a platform that is well suited to the mid-sized titles at which we excel. We base our development resource allocations on the unique attributes of each platform. In particular, Nintendo Switch makes it easier for us to leverage our back catalog of assets and expertise, so we want to be proactive in creating new IP and rebooting past titles for that platform.”

It’s anyone’s guess as to what these new IP and reboots can be, though the fact that Square Enix sees potential for releasing games on the Switch is promising.

Hopefully fans won’t have to wait too long to witness what the publisher has in store for 2018 and beyond. Let’s just pray that the wait won’t be as bad as we think.