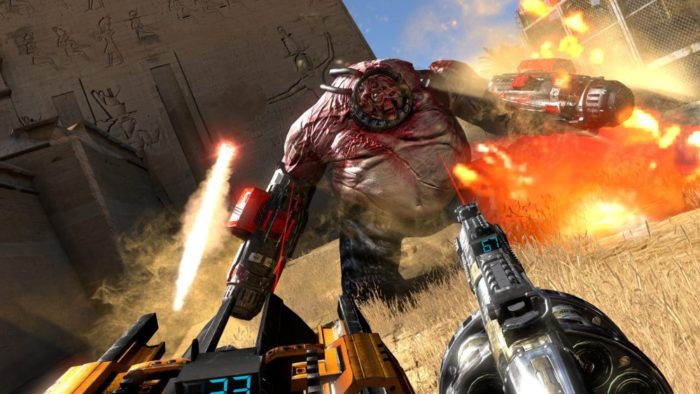 Serious Sam 3 VR: BFE is now available via Steam, so you can live out your dreams of shooting everything that moves in VR as often as you like. Devolver Digital and Croteam have launched the game as part of other VR releases this year in the form of Serious Sam VR and The Talos Principle VR.

The VR remastered edition of the shooter is up on Steam right now with a 10% discount off the game for anyone who already owns the regular version of Serious Sam 3. If you’ve never played a Serious Sam game, it’s a raucous, all-out battle royale with tons of monsters headed your way. That means tons. Like lots of monsters parading around the screen and toward you, dudes carrying lit bombs that run screaming toward you, and more. It’s lit.

This entry of the game is a prequel to the original game, Serious Sam: The First Encounter, and lets you stave off more of the baddies as, well, a badass. Check out the trailer below if you need an introduction to Sam’s world.