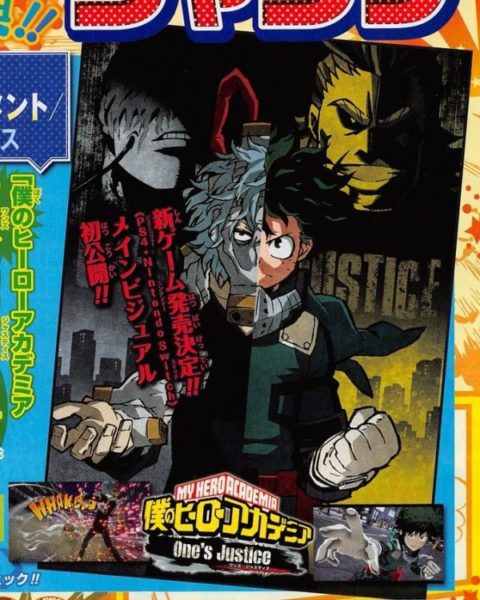 Looks like My Hero Academia fans can get excited. A game based on the hit franchise has just been revealed in the latest issue of Japan’s Weekly Jump.

The game, titled My Hero Academia: One Justice, appears to be a 3D Brawler done in the style of the anime with destructible 3D environments. According to a partial translation by Gematsu, a proper trailer for the game will be released at some point during Jump Festa 2018 on either December 16 or 17. Though it’s currently marked for a Playstation 4 and Nintendo Switch release at some point with no clear release date as of yet.

Bandai Namco has already teased the game just last week with a bizarre little website. At the time, the website only depicted an egg in a microwave as a reference to the series, but since then it has been updated each day with a new item in the microwave referencing characters and ideas from My Hero. The countdown is due to end four days from now, well before Jump Festa 2018 so it’s unclear just what sort of announcement Bandai Namco intends to make.

My Hero Academia focuses on the story of Izuku “Deku” Midoriya, a young boy who lives in a world where everyone has “Quirks” aka super powers. In this world he aspires to be the absolute best hero like his idol and mentor All Might and attends the prestigious U.A. High School to study and become the hero he wishes to be. Along the way making plenty of friends and more than his fair share of enemies.

Currently, it is unknown how much of the series’s plot the game will cover or whether it will even get a Western release, but given My Hero’s incredible popularity in the anime community it is very likely.