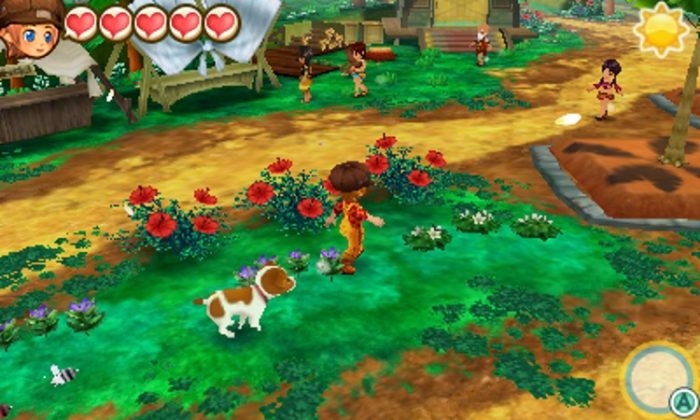 XSEED Games’ Story of Seasons: Trio of Towns has welcomed a new bit of DLC into its fold with the New Neighbors Pack, now available in the North American eShop for $7.99. You can also pick up a new 3DS theme that matches the content for $1.99 while you’re at it.

This Story of Seasons extra includes MC Stephanie and dog-suit wearing Woofio as candidates for marriage, if that’s something you’re into. Additionally, each of the 11 choices for marriage that you can currently be wed to are getting 50 new lines of dialogue as well as the ability to raise a child with fox guardian Inari. More winter outfits, new romance options, and new friendship events mean the game is being expanded in several meaningful ways, including a new free update that’s up for download in addition to the DLC.

This update adds new outfits and fixes several bugs with the software and text. You can also expect Story of Seasons: Trio of Towns to be available for 30% off of its normal price if you need to pick up a copy still. You can see all this in action in the launch trailer for the DLC below.