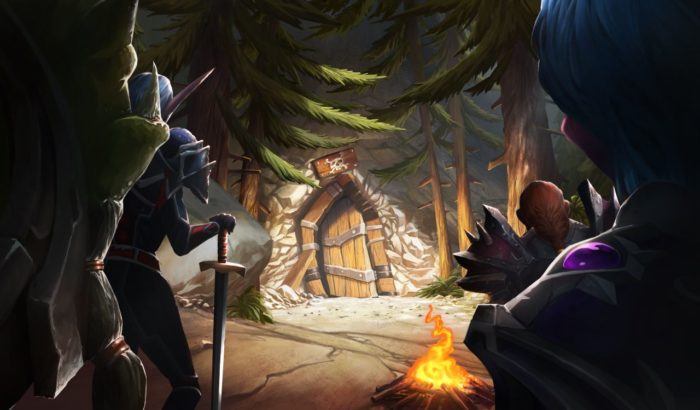 Blizzard’s mega-popular Hearthstone is the card game most mobile players are absolutely eating up. It’s the perfect game to take along with you and play on the go, and smartphones make a fantastic arena for doing so. That’s why fans have been clamoring for a Nintendo Switch version of Hearthstone nearly ever since the Switch was announced. It’d be a match made in collectible card game heaven, and yet Blizzard has kept relatively mum about the idea ever coming to pass.

Things could be changing in the future, however, or at the very least Blizzard is tired of hearing people ask the same questions over and over. Speaking at BlizzCon 2017, Hearthstone senior game designer Peter Whalen stated that he doesn’t think anyone is working on a Switch version of Hearthstone at the moment, but he “wouldn’t rule it out either.”

“Moving to tablets and phones was awesome. It made Hearthstone way more accessible for way, way more people, which is fantastic,’ Whelan explained. He stated that if there are other consoles or platforms that end up being “good” for the team, then Hearthstone on Switch (or other platforms) is “absolutely” something that may be explored in time.

Hearthstone is available for download across several platforms at the moment, including PC, iOS, and Android. Adding the Switch to the spectrum of available systems to play on would be a veritable boon for the title, but it looks like we’re still going to be left waiting a bit before we see this coveted port come to fruition.