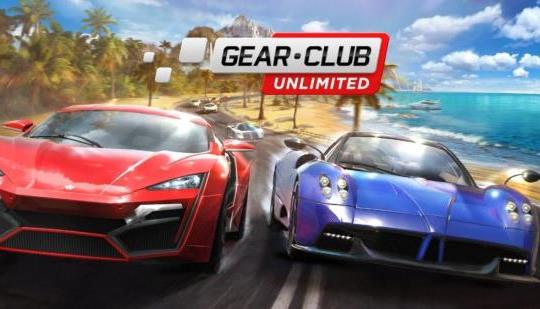 Aside from Mario Kart 8 Deluxe, no substantial racing games have been released on the Nintendo Switch since it launched at the beginning of the year. Gear.Club Unlimited, from the creators of the Test Drive Unlimited games, brings that wait to an end and is an enhanced port of the mobile version. While it offers the first semi-realistic racing experience on Switch, it unfortunately brings with it many of the limitations that the mobile version suffered from.

To be sold as a full-priced game, Eden Games has removed the microtransactions and time restrictions that limited how you upgrade your car and allowed you to race in the mobile version. However, the game’s structure still resembles that of a mobile racing game. At the start, you’re introduced to an island on which you take part in championships, winning races, and rack up stars and money to upgrade your vehicles. The races are split into different classes and race types, requiring different cars, such as Rally and Road, and you make your way through them all, upgrading as you go so that your car is powerful enough to enter the next championship. That’s all there really is to the single-player mode. You’re given no context as to where you are or why you’re racing, not that racing games need deep, meaningful narratives, but all you have to do is race, upgrade, repeat. You’re not driving between events or completing side activities, Burnout Paradise style – it’s very straight forward. It doesn’t invest you in the varied world like an open-world racer like Forza Horizon does, nor does it present a deep racing experience like Gran Turismo or Project Cars, making it feel bland throughout. The campaign structure, alongside the races themselves, which tend to last around just 60 seconds, highlights Gear.Club’s mobile roots. It’s good for quick busts of racing during five minutes of downtime but there’s nothing tying everything together to make it feel like a full experience.

Gear.Club Unlimited doesn’t always impress visually, either. The decent number of licensed vehicles look good, they’re impeccably detailed and the sunlight bounces off the polished bodywork. Unfortunately, they aren’t matched, in terms of quality, by the world accompanying the racing. The streets are empty, with little more than a few blocky buildings running along the edges. The mountains in the distance are hard to make out due to how blurred they are, and the textures on surfaces like the road and cliff faces are murky. It isn’t an issue when you’re playing in handheld mode but when the Switch is docked, it doesn’t come anywhere close to matching the visuals in other console racing titles. Thankfully though, Gear.Club runs perfectly, with no hiccups, visual or otherwise, along the way.

The game’s driving is what helps you forget those drab visuals. It’s sold as a “genuinely realistic racing experience” but the handling is somewhere in the middle between sim and arcade. You can’t simply put the pedal to the metal and drift around the hairpins. Driving line, throttle control, and braking distance all have to taken into account to set the best times. You can even upgrade your cars by part, allowing you to focus on specific attributes or to get your car ready for a particular type of race. That’s as close as Gear.Club Unlimited gets to being a realistic sim, however. Winning races isn’t a challenge, on any difficulty or with any of the handling aids changed. You’re able to power past the leading pack on the outside and race into the lead within seconds of the race starting. You can be slowed down and caught by taking corners too quickly or by colliding with other racers but, even then, it’s easy to catch up again. Also, collisions do not really slow you down, with you car simply bouncing off obstacles and continuing along the track. While it’s nice to massage your ego with an easy win, it would be nice to get more of a challenge in some races.

You complete races with one aim in mind, to upgrade you car. Each race awards you money which can be spent on a number of things. You can either buy a new car from a dealership, or you can head to the workshop. At the latter, you can spend the money you have earned on upgrades to you car’s tires, engine, gearbox, and brakes – everything you’d expect. This increases your car’s level and makes winning races easier. However, you can also spend your money on upgrading your workshop itself, which makes better car upgrades available. You can expand the workspace, allowing for more upgrade spaces and parking spaces, you can increase the level of each type of workshop, and you can change the aesthetics of the space. It is fun deciding which area to spend your money on, ensuring that you’re saving enough to be able to upgrade the workshops when you need to but, since parts were clearly designed with the original microtransactions in mind, particularly the aesthetic upgrades, it feels more like a overly complex side activity than something that meaningfully changes your cars and the races.

Where Gear.Club Unlimited does stand out from other console racing titles is in its multiplayer offering. There’s an online mode that pits you against other players, and a four player split-screen mode which brings back those intense races from the couch that seem to have been lost in recent years. It makes excellent use of the Switch’s design, allowing you to race friends and family wherever you are. Hopefully, its inclusion in Gear.Club is a sign that it’s making a return across the board.

Given the severe lack of other options, Gear.Club Unlimited is perfectly serviceable racing experience, especially with its split-screen multiplayer option. The racing itself is enjoyable, if a little easy, and the upgrade system prompts you to think strategically about what to upgrade and when, but it struggles to escape its mobile roots. The races are too short and feel disconnected from one another, the world is far from pretty, and it there’s nothing to do aside from simple races. Ultimately, Gear.Club Unlimited it a very basic game in comparison to many other console racing titles.