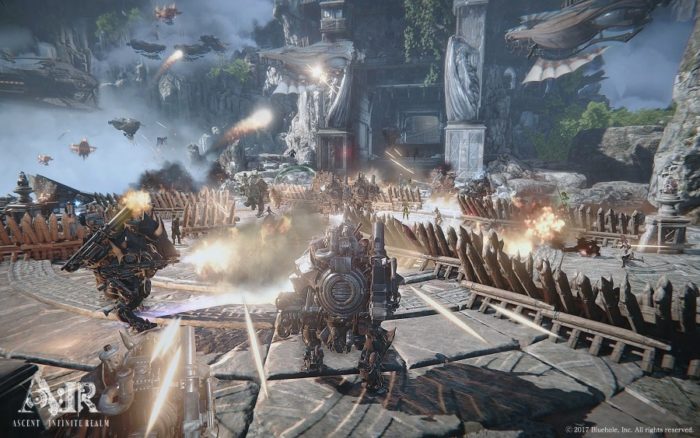 PlayerUnknown’s Battlegrounds developer Bluehole has announced its latest project: AIR, or Ascent: Infinite Realm. The new game, unlike PUBG, is an MMORPG set in a realm that takes elements of steampunk and fantasy lands and puts them together for an experience that involves both realm vs. realm and PvP combat.

The game will be published by Kakao Games, who handles Black Desert Online for western players, and there’s a closed beta coming in 2018. The game will incorporate different vehicles and mounts that will be used for battle as well as transportation, making for some larger-scale fights to take place in the air and on the ground as mechs and various other weapons.

Bluehole has stated that there will be plenty of customization options for the game, with airships that can be tweaked to your liking, quest creation, and five different classes to choose from.

It remains to be seen what else we can expect to see from the upcoming MMORPG, but it’s possible the game’s success may very well come from how popular PUBG has been since its release.