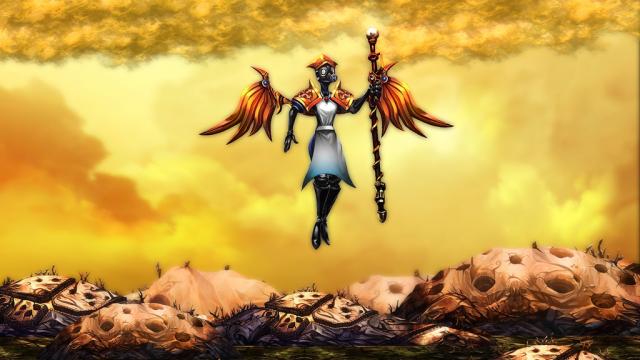 On the Playstation Blog, founder of Arcade Distillery Luc Bernard revealed the details for three new games that the studio has in development: Skullpirates, War Theatre, and Manufactured Beauty. All of which are slated for release on Playstation 4, PS Vita, and Nintendo Switch in 2018.

The first of these games, Skullpirates has you controlling the titular creatures in service to their captain the Skull Queen. Whom, according to the blog post, has borrowed a bit too much money and now needs to find some way to repay the debt, and that is where the Skull Pirates come in. Taking control of them, players will be tasked with infiltrating nearby islands and obtaining different types of treasure without getting captured. As of right now the game is listed as “early development”, but will be playable at PSX next month.

Next, War Theatre is a strategy RPG built as a spiritual success to one of Arcade Distillery’s previous titles Plague Road. The game will feature turn-based strategy combat wherein heroes take control of armies with the help of a hero unit. The game is also slated to take place in the same world as the other games announced, but hundreds of years in the future. It will feature online play and multiplayer, but unlike Skullpirates the game will be primarily pvp focused. It too will be playable at PSX.

Lastly, in Manufactured Beauty plays will take control of a character called Mr. Cuddles, a mechanical rabbit who awakens in a post-apocalyptic world. The game will be a 3D platformer featuring adventure game elements and has the player exploring the world and discovering other mechanical animals; as well as discovering the reason for why they are all there. Unlike the other two games, Manufactured Beauty will not be playable at PSX but remains slated for a 2018 release date.