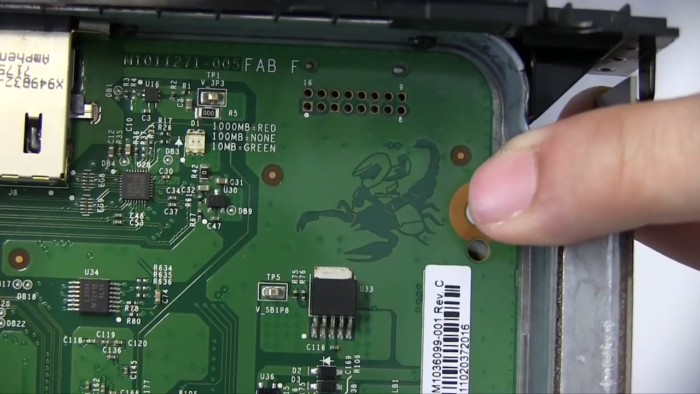 The Xbox One X is coming out in less than a month, and we’re excited to see what its powerful hardware can do. Plenty of people have gotten a chance to spend some time with the console already, but there’s an Easter Egg hidden within it that we haven’t seen until now.

Unocero recently spent some time in Seattle taking a look at the Xbox One X, and it’s through their video on YouTube that we saw this fun little secret. During the footage, as the camera zooms into the console’s motherboard, you can see an image of Master Chief riding a scorpion. This is, of course, a reference to the Xbox One X’s codename, Project Scorpio.

It’s unfortunate that the Project Scorpio moniker was dropped in favor of the much blander “Xbox One X,” but it’s nice to see Microsoft is still giving props to the name the console started with. For another throwback to the console’s previous title, Microsoft is also releasing a limited Project Scorpio Edition of the Xbox One X which is pretty neat.

Get your stingers ready baby scorpions; the Xbox One X comes out on November 1.