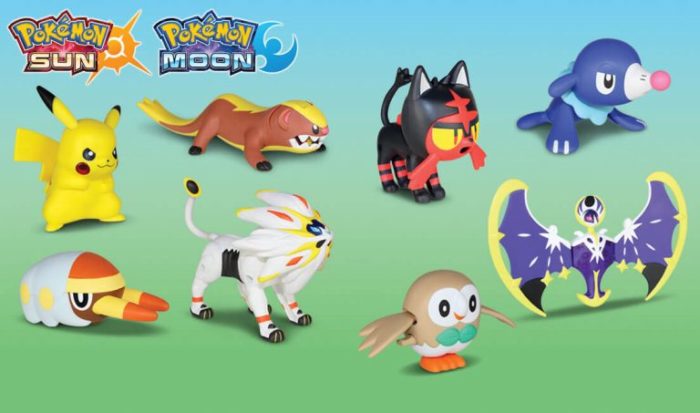 It seems that every time McDonald’s gets a new wave of Pokemon Happy Meal toys, Western Pokemon fans are totally left out in the cold. It looks like that’s no longer the case with the latest set of Pokemon toys, as McDonald’s is teasing eight new toys seen on the official Happy Meal site. There will be plenty of familiar Alolan faces to collect, which is great news for fans.

There’s a bit of a strange mixture of Pokemon on offer: Pikachu, Rowlet, Litten, Popplio, Yungoos, Grubbin, Solgaleo and Lunala round out the list, but it’s still good to see any Pokemon being represented on the Happy Meal front.

Australia already has the cool set of toys, which also included the Rotom Pokedex and Pikipek toys as well, but they’ve been omitted from the North American toy list. But it’s early yet, and we might see more toys added before the Pokemon set starts rolling out. Unfortunately, right now there isn’t any sort of release date for the toys, but when one is posted you’ll know soon!