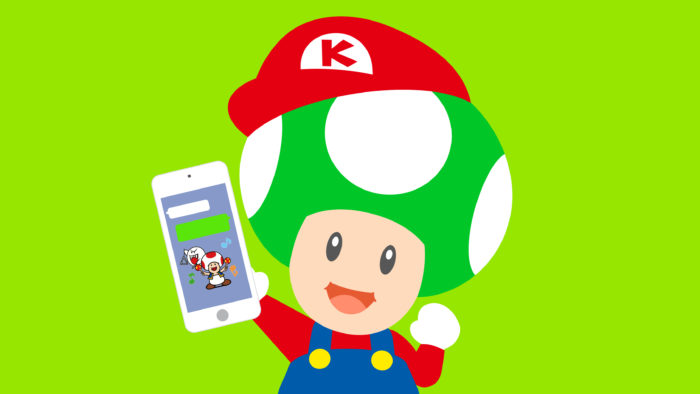 Those easily affected by cute things may want to brace themselves for this one. While not very popular in the West, LINE is a smartphone app which allows you to make free calls and send instant messages. In 2015, Nintendo created their own LINE account simply called “Nintendo.” However, sending messages to this account will not mean that you’re chatting with an actual human being at Nintendo. Instead, you’re actually chatting with a bot known as “Kinopio-kun.” You can ask him questions about certain Nintendo characters and he will respond with his opinions on them.

It seems that Kinopio-kun has been up to a lot more than just discussing his favorite characters; he’s now taken a foray into video game music covers. Originally sung by Kate Higgins, Kinopio-kun has attempted to put his own flavor on the Super Mario Odyssey main theme, “Jump Up, Super Star!” He doesn’t quite nail the pronunciation, but there is definitely a certain je ne sais quoi in his version that you cannot find in the original.

Credit goes to NintenDaan for finding this fun little tidbit.