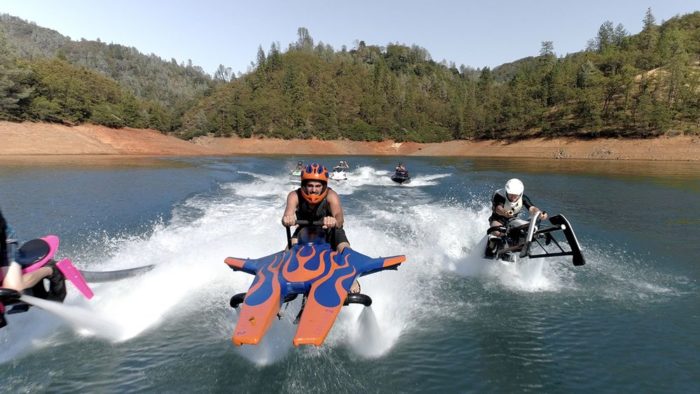 Are you freaking kidding me? How can I sign up for this?

Activision worked with Nitro Circus stars Ryan Williams and Blake “Bilko” Williams, as well as the Hydro Circus team, to create and test drive “real” Sparrows inspired by Destiny. Real is in quotations because you know, we don’t actually have hover tech at that level yet (I feel silly for having to explain that but JUST IN CASE), but we do have bad ass water jets. Check out the video below:

I know this is a promotional stunt for Destiny 2, but it doesn’t make me want this any less. Sadly, there was no information about this ever being a thing for the general public. Your best bet is to look into Jetovator, which is tech they infused to make these Sparrows possible.

Destiny 2 is out now for the PlayStation 4 and Xbox One and will release for Windows PCs on Oct. 24.