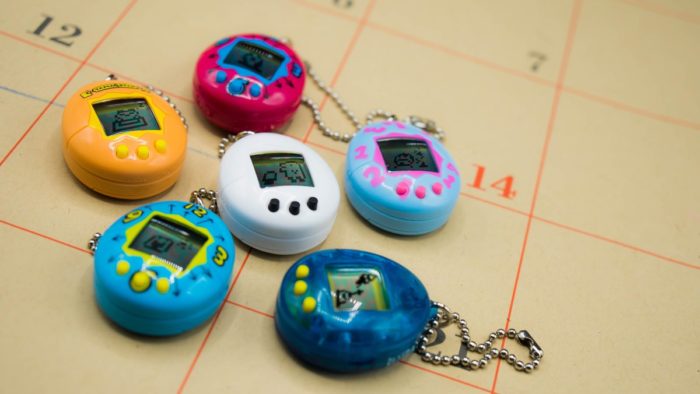 You probably had a virtual pet if you grew up in the ‘90s. Whether it was a Tamagotchi, or a Giga Pet, or a Nanopet, you’re probably intimately familiar with how the pets worked, and let them die quite a few times. Tamagotchi is coming back after a Japan-only revival earlier this year, and starting Nov. 5 we’ll all be able to get our hands on one of the new models.

The new Tamagotchi is much smaller than the original, though it’s still largely the same experience. You have three buttons with which you’ll take care of your Tamagotchi’s needs, such as feeding it, turning the lights off so it can sleep, or making sure it’s not wallowing around in its own excrement. Don’t do those things enough? Your pet will die.

These newer Tamagotchi models make the whole virtual pet thing a little less tedious, and you’ll be able to catch them next month when the revival is fully underway. Pre-orders are supposedly beginning today, but a quick look around the internet shows that there do not appear to be any pre-orders available yet. Hopefully that will change as the day wears on, because if you’re a big fan like the rest of us, you’ve gotta get that new Tamagotchi!