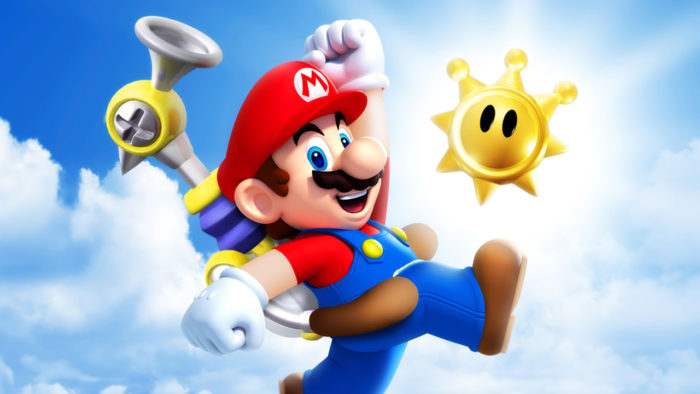 Tropico 4 combines two of the most uplifting things known to humanity — exotic postcard-worthy views and undivided power. As the president of a tropical island, you’ll pave your people’s way to living in a paradise on Earth — as long as they don’t question your authority, of course. Being a dictator may seem a bit overwhelming at first, but luckily you have trusty advisors on your side to help you through the pitfalls of leadership. Be evil or kind, it doesn’t matter, as building up a police state is quite fun and sticking to the welfare state arrangement is rewarding. Satisfying citizens, coping with natural disasters and turning a wildland into an embodiment of progress and wealth is no easy job, but with the lush greenery and soothing music, it’s almost relaxing.

If an unexplainable attraction to the ocean has taken over your daydreams but you’d rather not brave the sea yourself, Abzu is an acceptable substitute. It’s a wonderfully calming marine adventure enhanced by music that is by itself a symphonic delight. From the very beginning, Abzu carefully blankets you in a lush cartoonish world that firmly walks the line between lively and spacious. The combination of streamlined guidance and trophy hunting make you feel like an experienced explorer. Science is also on our side here, as research proves watching marine life actually decreases an individual’s heart rate and blood pressure and generally improves the mood. Abzu is apt to do both, so it’s a great choice for mellowing out.

We know this isn’t the Super Mario title you are most likely to play this week, but just hear us out. Super Mario Sunshine is hands-down one of the most positive games ever made. Starting off as a trip ruined by next to no sunlight whatsoever and a false accusation of hooliganism, it dishes out bright holiday-themed locations and challenge in droves.

With trusty F.L.U.D.D. at your side, you can jetpack across the world, spray silly toy-like enemies, hover, slide through the terrain of Isle Delfino, and cleanse the world of graffiti and goo. Even with numerous levels to clear out and the classic damsel-in-distress plot, Super Mario Sunshine never feels like a bundle of chores in a vacation wrapper. Instead, it’s a game that’s moving, full of life and shimmering with summer vibes. Play it to the end at your own risk, as things get a bit gloomy and dramatic towards the adventure’s closure, but it’s all sunshine up until then.

Journey leaves you and a nameless robed figure stranded in a desert. Peaking from the distance is a mountain that acts as your beacon and goal in this vast sea of sand. But make no mistake, this isn’t a quest that’s purely for the sake of completion. As the name indicates, it is actually about the journey.

Essentially, this game’s core can be broken down into creation, interaction and emotion. It’s incredibly satisfying to watch the empty world metamorphose and come to life by your benevolent touch, adding value to progress. Journey is intentionally underpopulated, but sometimes there will be other wanderers on your way. They may or may not choose to help you (which works the other way around too) or engage in a conversation with nothing but calming melodic sounds instead of words.

There’s a whole spectrum of feelings involved in gameplay, from the childish joy of gliding on dunes or floating around with fabric jellyfish to euphoria when you finally make it to the top of that mountain. At the end, the game grants you a feeling of completion and enlightenment. And if you approach it a bit more philosophically, you will at least find temporary peace, and perhaps inspiration.

Watching cute animals makes people happy. How about living in an entire community of adorable anthropomorphic neighbors? In the Animal Crossing series, you’re surrounded by animals who go about their daily business in a fashion that would make even the most hard-hearted gamers go “aww.” Traditionally, this IP lets you assume the role of the only human to live amongst upright dogs, alpacas, sloths, hedgehogs and so on, one cuter than the other. They’ll assign you various tasks as well as some “go-fer” quests quite often, but sometimes they’ll also treat you like a friend, too.

You aren’t only rewarded for quests by mere thanks and charmingly silly conversations, of course — there are hobbies to enjoy and a home to provide rest and refuge after a long day. It’s an inclusive and light-hearted game that combines an engaging adventure with diverse and sociable characters. Animal Crossing is a synonymous with “comfort zone,” at least in terms of gaming, and if you find yourself unable to part with it, we have some good news for you. In late November, the Animal Crossing: Pocket Camp mobile title is hitting smartphones, making your virtual homecoming to a friendly neighborhood quick and accessible.

Jazzpunk is a hilariously odd game where you play as a secret agent sent off to complete one nonsensical mission after another. It’s a neverending stream of gags, ranging from the whoopie cushion and “look behind you” classics to bizarre homages to iconic works of fiction that will have you speak to a bitnick pie or play Quake in a wedding setting. Navigating the world and interacting with characters of various degrees of oddity or out-of-place commonness, you will often feel like the only sensible Naked Gun character.

Tied together by the humorous approach, Jazzpunk caters both to those who seek a linear adventure and players who usually try to get into each and every room and speak to as many NPCs as possible. It’s a seemingly never-ending treasure trove of references with a simplistic pop art style and an abundance of twists and turns. You’ll be cracking up so often along the way it won’t even matter if it makes sense.

Slime Rancher is your chance to run a farming business far away from Earth. As Beatrix LeBeau, you’re tasked with collecting and taking care of small adorable goo blobs known as slimes. These colorful creatures are your bread and butter, as their waste products called “plorts” can be given up either in exchange for money or for “science.”

It’s a busy simulator with plenty going on at once, yet it doesn’t feel oppressive or frustrating. Combining exploration and tactical decision-making into a neat package, Slime Rancher is a relaxing and challenging title that always lets you know how much your hard work is appreciated. It conveys accomplishments in a very clear and satisfying manner, allowing players to take pride in the ranch and its continued success. And don’t forget the little slimes themselves, who will make your heart melt with their adorable personalities.

PlayStation’s new Playlink brand is home to several new and interesting games, but there’s one that’s perfect for parties that you wouldn’t expect: That’s You! This quirky title reveals what players really think of each other, making them choose who would wear tight leopard skinnies in a rock band or what a specific player would dream of stealing during an adrenaline-pumped heist.

All this is combined with a pleasing aesthetic, with a shabby vintage suitcase navigating you through the game via stylish postcards and other little vacation trinkets. There is a lot to admire about this game, from its visual presentation and rewards to how casually it brings people together, in spite of clearly setting them against each other on the scoreboard. So gather up with up to 5 people, grab some snacks, and prepare for chuckles, friendly taunts, and a warm nostalgic twitch every now and then. That’s You! is the best way to put a smile on your face, looking at the precious friendships you have from slightly different angles.

Stardew Valley allows you to build up your own routine with a significant share of socializing and trial-and-error experiences in between. You’ll walk in the shoes of the not-so-lucky heir to a patch of a land and a small estate in the tiny village of Pelican Town. As you make it through the first season by getting to know the townsfolk and occasionally planting wrong seeds, the game opens up to you and becomes more accessible, as well as busier, along the way.

Your new farmer’s life is broken up by fishing breaks, scouting resources in mines (and fighting monsters in said mines), building up friendships and, should you pursue it, falling in love with one of the bachelors or bachelorettes of Pelican Town. Regardless of what you do, the game is teeming with rural charm, handling failure in a merciful way. Stardew Valley is especially good at keeping its gameplay elements interconnected, the tempo moving along, and the characters unique and deeply rooted within the community.

This game is a perfect pick for those seeking meaningful interactions between characters and a quick digital escape from the woes of modern capitalism.

Say what you want about dancing games, but they’re just what you need to vent after an exhausting week. Add a strong pop lineup and a lot of goofiness to dance routines and you’ll get Just Dance 2014, the game that’s widely considered the series’ pinnacle. It stays true to the franchise’s simple, fun and contagiously silly nature. There’s no way to mimic dance moves from a man dressed as a giant pineapple and not crack a smile.

There’s a Just Sweat mode for creating custom workout sessions to burn some calories, or you can party on your own without worrying about exercise. No matter how you play, Just Dance 2014 will leave you sprawled out on a sofa with your cheeks (and muscles) burning from overuse. But at least you’ll be smiling.