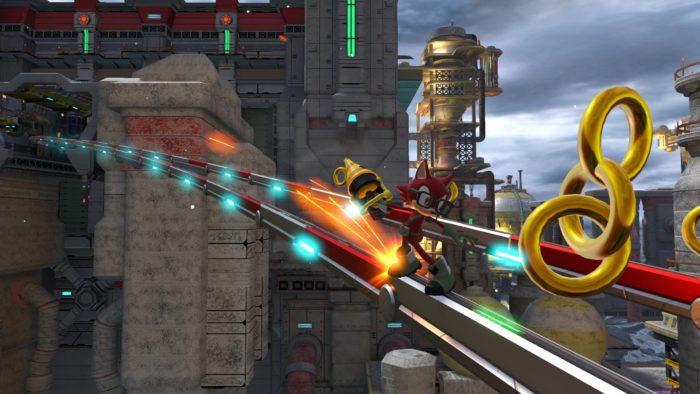 Sega recently revealed Wispons for Sonic Forces, which are basically an evolution of the Color Powers in Sonic Colors granting you new offensive and traversal abilities. Here’s a quick description of the Wispons from Sega and take a look at all the new screenshots in the gallery down below, “In Sonic Forces, players equip their Hero Character with one of a variety of powerful Wispons, including the Drill Wispon, which allows players to drill dash on the ground to quickly traverse stages and climb walls. Players can also attack enemies using the Drill Wispon by charging and launching a drill punch to smash through and destroy enemies.”

Sonic Forces is set to release on November 7 for PS4, Xbox One, Nintendo Switch, and PC. Make sure to take a look at the game’s last trailer as well, which showed off another new stage inspired by the Casino Night Zone.