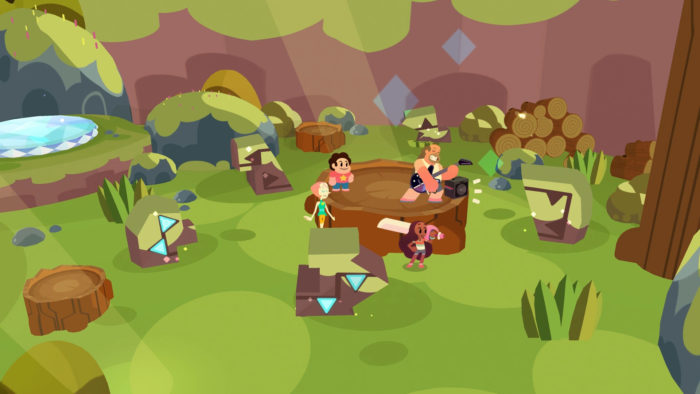 Grumpyface’s upcoming Steven Universe video game Steven Universe: Save the Light, is finally touching down, straight out of the Gem Homeworld, on Oct. 31 for PlayStation 4 as well as Xbox One on Nov. 3.

The sequel to the mobile title Steven Universe: Attack the Light, Save the Light will follow a brand new storyline created by Steven Universe creator Rebecca Sugar, so if you’re concerned it’s not going to match the show’s tone, you shouldn’t have anything to worry about here.

Players will explore areas like Beach City, Strawberry Battlefields and more as they take the fight to a “new threat,” as the official PR denotes. You can create and battle with a team of 8 characters including Peridot, Lapis, Connie, and Greg Universe. Peridot will probably call everyone “clods,” but that’s beside the point. You’ll even get to fuse characters like Steven and Connie to make Stevonnie, and knowing this is Steven Universe, there are a lot of others to look forward to uncovering.

Looking forward to becoming a Crystal Gem and saving the light? You’ve only got to wait until the end of the month. Make sure you don’t go fusing with the wrong Gems, though. We wouldn’t want anyone to be shattered.