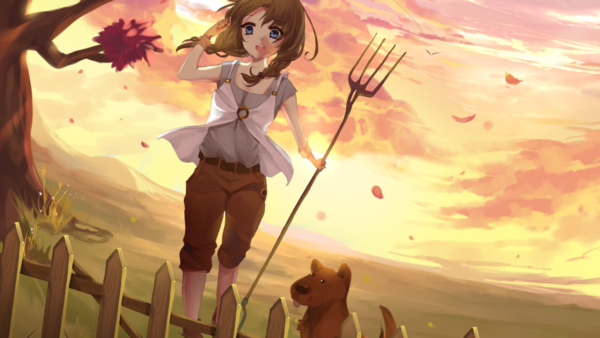 World’s Dawn shares many similarities with Stardew Valley. For starters, it’s set in a seaside village with a cutesy aesthetic and plenty of social interaction with its adorable inhabitants. The emphasis of gameplay, too, is also centered around farming, in which you’ll have to tend to your crops, raise livestock, go fishing, hunting, and mine for resources.

World’s Dawn is very much a non-linear experience; a life simulation game where it is left to the player as to whether they want to spend time micromanaging their farm, hunting, or attempting to court townsfolk in romantic engagements. There are over thirty different NPCs you can speak with throughout the game, which means there’s loads of different story-arcs and possible relationships to foster.

Because the game is made using the RPG Maker engine, World’s Dawn’s aesthetic isn’t quite as unique and vibrant as Stardew Valley. But for those interested in a farming sim with plenty of activities and NPCs to interact with, it’s well worth playing.

World’s Dawn is available on PC via Steam. 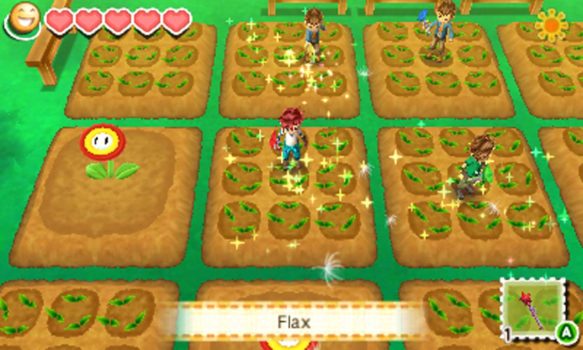 Story of Seasons is the latest title in the Harvest Moon series on which Stardew Valley is heavily inspired by. And while Stardew Valley might have surpassed its source material in many ways, A Story of Seasons is still an excellent game in its own right. The plot certainly isn’t as strong as Stardew, but it does offer an impressively deep level of customization. Players freely move their whole farm setup – fields, barns, paddies, etc – and swap things out quickly and intuitively without running the risk of losing any contents. This extends to the entire township, too, including decorating a monthly festival space with flowers and building new shops for villagers to occupy. And in comparison to the frustratingly limited character customization options in previous Harvest Moon games, Story of Seasons has more complexity to it.

Players start as a young, inexperienced farmer with virtually nothing to their name. Slowly but surely you’ll build your homestead by growing crops, taking care of animals, and trading with merchants. Your meager plot of land eventually becomes a bustling and successful business, though expect to invest a significant amount of time in the game before this occurs. It takes many years of in-game time performing your daily chores like milking the cows, watering your crops, and maintaining the land. A big new addition to gameplay is the ability to trade with neighboring farmers, adding a bit more depth to the economy of growing and selling crops.

Story of Seasons is available on Nintendo 3DS. 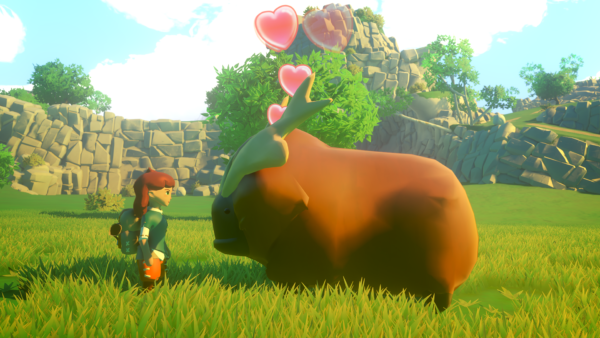 If the charming graphics and relaxing tone of Stardew Valley were at the heart of its appeal to you, then Yonder: The Cloud Catcher Chronicles could be the perfect 3D farming adventure to try next. Although it might look more Zelda-like than Stardew-like, there’s no combat or puzzle elements to Yonder. Instead, the antagonist – a blight called the Murk – is beaten back by collecting spirit orbs, which are obtained by exploring the game’s map and collecting resources. The game also later introduces farming and crafting elements, and since there’s no time-management mechanic to worry about, you’re free to explore the world at a leisurely pace. There’s plenty of super cute NPCs to speak with across the map, with many of them offering side quests that typically center around resource collection and crafting. There’s a lovely happy tone to the gameplay, which makes Yonder a perfect game to help you unwind after a stressful day.

The Cloud Catcher Chronicles is available on PS4 and PC. 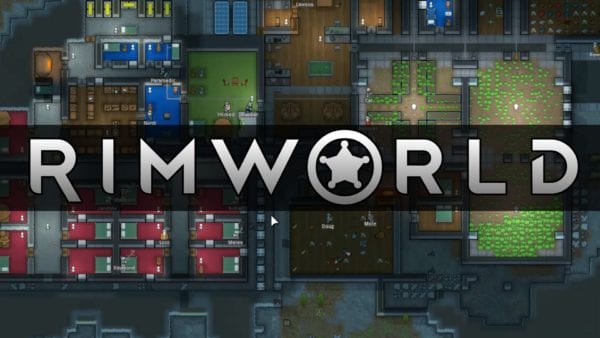 RimWorld is a colony survival simulation game in which you’ll be doing more construction than Stardew-like farming. Players either create or choose from different story scenarios before the game begins, which sees a certain number of colonists stranded on a deserted world. Unlike Stardew Valley, RimWord’s environment is a far more hostile and dangerous place, with everything from adverse weather to raiders and creatures trying to kill you at every turn. The game’s systems are much more complex, too, featuring different survival mechanics that you need to manage at a given time.

But similar to Stardew, there’s an interesting plot and a host of endearing characters that keep the tone of the game light and enjoyable throughout. The storytelling really is top-notch, with a branching emergent plot that’s always different depending on what scenario you chose and what decisions you make. The game’s environment is procedurally generated, which also affects how stories play out, adding plenty of replayability, too.

RimWorld’s aesthetic might not have quite the same visual appeal and charm-factor of Stardew Valley, there are hundreds of hours of gameplay courtesy of its addictive gameplay mechanics, meaty plot, and diverse character development.

RimWorld is available on PC via Steam. 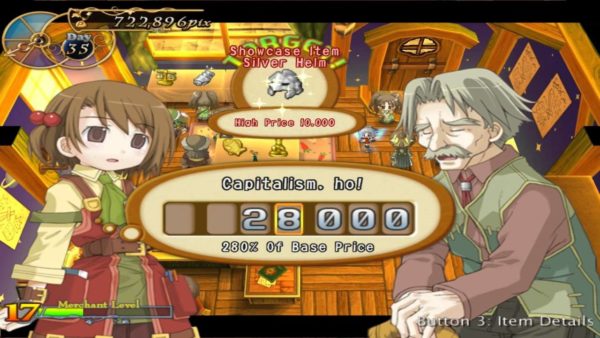 Having released back in 2010, Reccetear: An Item Shop’s Tale might be a bit dated now, but this cult classic Japanese indie still has plenty on offer to enjoy. Recettear details the story of Recette and Tear, new business partners that have been thrown together in unusual circumstances. Recette is a young girl who must pay off a crushing debt which has been left by the strange disappearance of her father, and she plans to do this by selling produce in her new item shop for local adventurers.

As you would expect, there’s no farming in this story, which centers around managing a retail store, instead. Just like Stardew Valley, though, it puts the same emphasis on daily schedule and time management. It splits your time between organizing your shop, bartering with customers, and accompanying your adventurer friends into dungeons to acquire new loot for your storefront.

Recettear: An Item Shop’s Tale is available on PC via Steam. 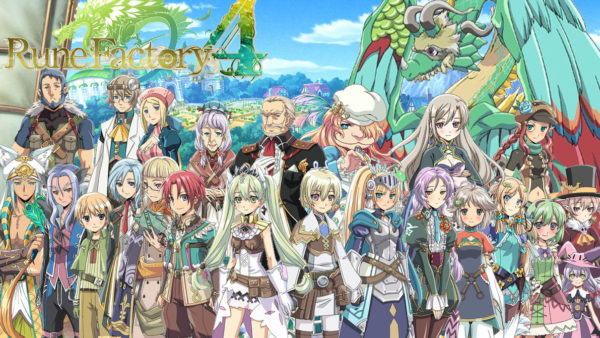 Rune Factory 4 is a charming tale that’s absolutely packed with things to do. Its aesthetic is similarly pretty to Stardew, and it also features equally catchy tunes that will have you humming away to your farming duties. Indeed, the Rune Factory series is a spin-off of Harvest Moon, so it should come as little surprise farming is one of the game’s best mechanics. And things get pretty complex, too, with players responsible for tilling the land, planting seeds, watering crops and harvesting them at the right time. Not only that, you can also inspect the quality of the soil and use items to protect your fields from damaging storms.

More than just farming, there’s a plethora of other activities to engage with, including fishing, farming, cooking, crafting, exploring dungeons, running a store, and both fighting and taming monsters. In the same way that Stardew Valley makes use of a time mechanic, in Rune Factory 4, each activity costs Rune Energy. As a result, there’s a constant juggle between making the most of each day and not overexerting your character.

Beyond all the gameplay systems, Rune Factory has a host of interesting NPCs to interact with, and plenty of in-depth romances to foster. All of them have very different personalities, each with their own likes and dislikes that you’ll have to learn and nurture.