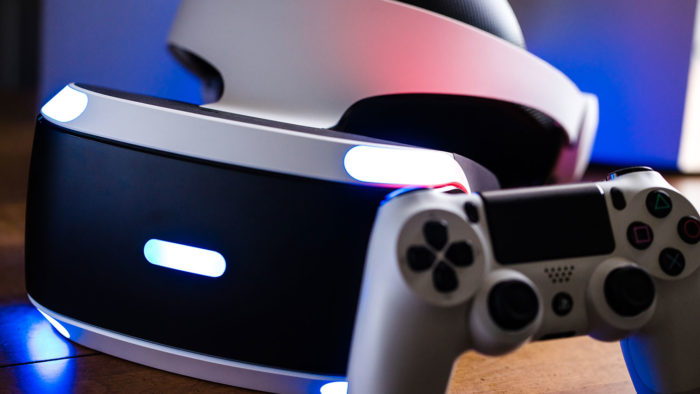 PlayStation VR debuted one year ago today, attempting to push virtual reality to mainstream console audiences by offering compelling technology at a relatively low cost of entry. The hardware has gone on to sell over 1 million units as of the time of this writing and has an impressive catalog of over 100 titles to choose from, with over 60 new games coming out between now and early 2018.

What’s more is that PlayStation executive Shawn Layden stated himself today that PlayStation VR’s “best is yet to come“, indicating that the company has ambitious plans for the headset in the near future. Sony bundled the device with its required camera this past August and announced an improved version of the headset earlier this month, but has otherwise kept relatively quiet about the PlayStation VR from a marketing standpoint throughout the past year (though in-store demos are returning for the holiday season).

Despite this, the PlayStation VR has accomplished a lot in 2017 from the perspective of the current VR market. Possessing an expansive library of unique and varied titles like RIGS: Mechanized Combat League, Moss, Star Child, The Elder Scrolls V: Skyrim VR, and Monster of the Deep: Final Fantasy XV is by no means an easy feat to come by, especially considering how two of these titles boast huge fan bases. Having sold over 1 million units puts it ahead of two of its main rivals, the HTC Vive and the Oculus Rift, and people have definitely taken an interest in the headset’s ease of use and functionality too, as it frequently sold out at retail when first announced.

Needless to say, PlayStation VR is making waves both in virtual reality and the gaming space, though it still hasn’t broken through to mass market appeal – that in which Sony set its expectations on. The biggest barrier to entry for most fans remains the device’s $399.99 price tag. The PlayStation VR remains only suited for those fans that are most willing to buy a PlayStation Pro. These are the hardcore PlayStation gamers, those loyal buyers that are willing to purchase all PlayStation hardware because they know they will use it extensively.

This being said, Sony has shown commitment to PlayStation VR through its recently announced new iteration, eloquently named model number CUH-ZVR2. The upgrade features an improved processor that enables HDR passthrough  (meaning users are able to watch HDR content on their TVs without first needing to unplug their headset) and integrates stereo headphone cables directly into the headset by using a better connection, according to Sony.

If the current virtual reality market serves as any indication, another hardware update for the PlayStation VR is probably in store for the future. This could come in the form of standard improvements like a higher-quality resolution display, more advanced graphics, and better audio capabilities, but a lighter and more comfortable headset isn’t too far out of the question. As of now, the PlayStation VR has a 5.7-inch, 960 x 1,080 OLED display for each eye, so fans could expect to see the device try to mimic the 1,080 x 1,200 resolution of the Oculus Rift for a more immersive experience, too.

In terms of software, though the platform has plenty of critically acclaimed games like Job Simulator, Until Dawn: Rush of Blood, Superhot VR, Resident Evil 7: Biohazard, and Batman: Arkham VR already, even more heavy-hitter titles may be coming in 2018. According to Gamesindustry.biz, Sony’s strategic content department is investigating a means of producing a title from a first-party developer, though when fans can expect this title, who it will be made by, and what it will entail remains to be seen.

PlayStation VR is very similar to the PlayStation Vita in that both possess impressive technology relative to price, not to mention great games. What Sony struggled with the Vita is what the company is struggling with right now with VR, however, as it’s failed to appeal to its broad target audience in the past year. Despite releasing relatively well-reviewed titles in 2017, the PlayStation VR isn’t providing a big enough case to overlook its hefty price tag. The promise of a more immersive gaming experience alone isn’t convincing shrewd modern audiences.

By doing as Shawn Layden says and continuing support for the device, Sony could show a commitment to PlayStation VR that pushes it to the forefront of consumers’ minds further. By lowering its price and risking selling the product at a loss, it can maintain its belief in the hardware’s immersive technology. Sony needs to make sure that PlayStation VR remains just as “for the players” as PlayStation 4 is, and 2018 could see the hardware cross the 2 million threshold and sell even beyond that.

Move Over Bayonetta, It’s Time for Vanquish to Get Some Love