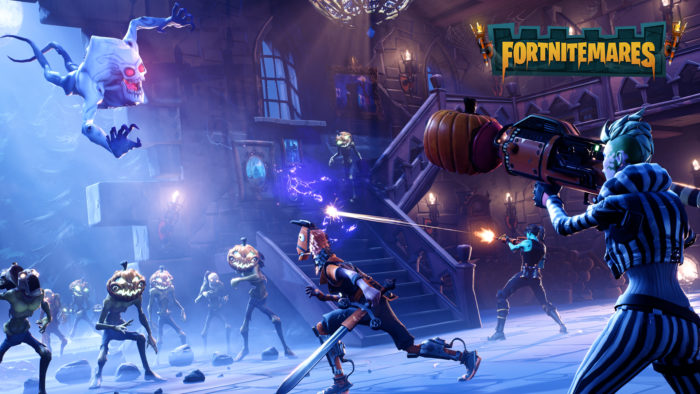 Halloween is almost upon us, and Fortnite is getting ready to celebrate. Fortnitemares, launching on Oct. 26, adds some Halloween-themed content to the game, as well as some general improvements, balancing and fixes to the game.

The Fortnite 1.8 patch notes have been released ahead of the Halloween update, which reveals some of what players can expect from the latest update. Battle Royale players will be getting a leaderboard, giving players the ability to attain seasonal levels for characters, as well as unique cosmetics and flair for completing Daily Challenges. Other notable features coming for Fortnite Battle Royale are team voice chat for console users, new Halloween skins in the store, and player customization in the new Locker menu. The Locker menu will enable players to customize their character and equip purchased items.

Players will be heading to Hexylvania for the Fortnitemares event, where they’ll be facing spooky husks and other terrors. Other notable features are eight new Halloween-themed heroes, a powerful new vampire enemy to square off against, as well as Halloween candy to earn. The candy can be used in turn to purchase Halloween llamas.

The update also includes a host of fixes and balances, including some fixes that are supposed to help with various crashing issues that players have been experiencing. For more information on the Fortnitemares event and the full list of patch notes, click here.

A Fortnite x Birds of Prey Crossover Event Might Be on the Way
By Chris JecksJanuary 27, 2020