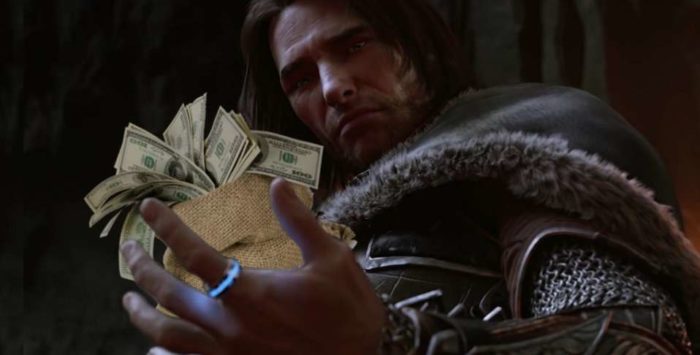 As much as critics and avid video game fans alike decry their implementation in mainstream titles like the recently released Middle-earth: Shadow of War, microtransactions are being bought by people out there, evidenced in the fact that the feature still hasn’t gone anywhere after all these years.

Instead, it seems as though publishers are pushing microtransactions even more aggressively now. Though they were first implemented in multiplayer titles last console generation, it’s not uncommon today to see the controversial revenue model in single-player titles, too. What’s more is that microtransactions are now typically able to be purchased on day one.

Take the recently released NBA 2K18’s single-player portion. The series’ popular MyCareer mode, which allows players to upgrade and customize their characters, purposefully prevents players from accruing substantial virtual currency right out of the gate, thus stranding them with lackluster ratings or undesirable character models unless they play thousands of matches. If players are lucky enough to obtain enough currency, they’re unable to see what their characters look like until they actually purchase the item they want (which can range from jerseys to haircuts), pushing them towards purchasing items with real life money.

It’s in this case where microtransactions in the single-player portion of a game takes things too far. Hiding content behind paywalls is never a good thing to do, especially when considering the fact that longtime devotees of a franchise are expecting the feature from the get-go. Making it near impossible to obtain virtual items organically adds further insult to injury and is just a very anti-consumer move, as it feels as though publishers are punishing fans because fans want to have fun with their games.

In the case of the aforementioned Middle-earth: Shadow of War, microtransactions are handled a bit more with consumers in mind. The first game in the series didn’t include the feature at all, which may be the reason why so many players got angry when it was found that microtransactions would be in the sequel. It seems as though their minds jumped to the conclusion that publisher Warner Bros. would be greedily preying on consumers this time around.

This is not the case, as microtransactions in Shadow of War are very optional. They’re used as a means of acquiring equipment and other loot faster rather than executing one of the game’s many orc leaders. Though one may think this is a very similar case to NBA 2K18, players can very easily acquire desirable gear without making any in-game purchases, thus nothing that can’t be found organically is hidden behind paywalls. Finding and killing these orc leaders is integral to the game and microtransactions don’t feel as though they intrude onto the player experience at all. Rather, they’re meant for players with busy schedules who just want to play through the game faster.

The controversy that remains is that microtransactions have no place in games that are purely single-player simply due to the fact that they break player immersion. The fact of the matter is that rarely do these kind of games waggle the feature in front of player’s faces. They’re there for players to find easily, sure, but usually not an upfront demand that players immediately recognize.

The subject of microtransactions is a sensitive one in that it divides the video game community. Some may be for them and others against them, but the bottom line remains that money is essential to keep any developer’s doors open. How companies will implement microtransactions in the future remains to be seen, but hopefully they’ll feature them in single-player games as intelligently as they do in games like Middle-earth: Shadow of War.