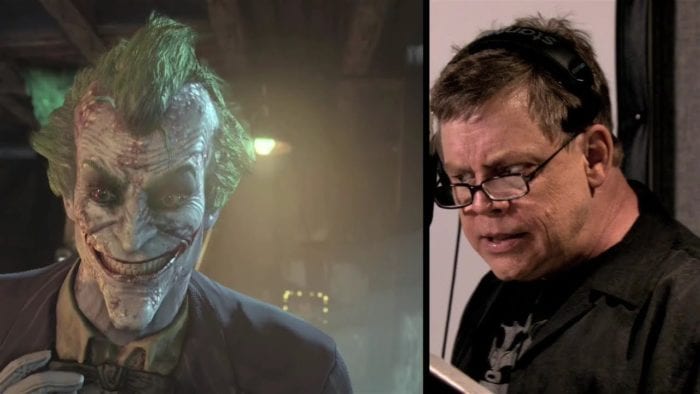 Back in the infancy of home consoles, the notion that video games would feature full voice integration – our favorite heroes and villains, talking to the player like real people – was little more than a novel idea. Early dalliances into the practice, such as 1982’s Intellivoice adaptor, produced scratchy, digitized noises, and the concept was shelved for quite some time, only making minor appearances and yielding mixed results. The trademark ‘SEGA’ shout was certainly enjoyable, but you wouldn’t particularly care for more than that.

Technology inevitably grew and evolved, and the transition to a cinematic experience finally arrived. By the mid-90s, games began to feature heavy voice sampling, and in 2017, it’s considered industry standard. As the workload increased, so too did the work rate: the infamously terrible acting and script in Capcom’s Resident Evil may have been a part of its charm in 1996, but it simply would not be acceptable today.

It then begs the question of how much hinges on the strength of the voice acting in modern gaming. Even notoriously traditional developers like Nintendo have had to bite the bullet and integrate a degree of voiceover into their games, though their insistence on silent protagonists and text-based dialogue suggests that they remain hesitant to completely make the jump.

We’ve already looked at how a bad script can have a negative impact on a storyline, but even the most precisely penned dialogue can be undone if an actor’s inflection is off, or if the words appear to be spoken out of context. In Star Fox 64, the occasionally hammy performances suited the genre, while the familiar cries of “nooooo” from allies upon the player’s demise felt appropriately devastated. By contrast, the reactions in Star Fox Assault sound more like Fox had just tripped over a piece of furniture.

Poor casting or delivery can completely shift how people perceive a character. In the early 90’s, mascots like Yoshi or Tails were at the height of their popularity. Once they were given childish voices and, in Tails’ case, became the de facto ‘voice of reason,’ their appeal waned. Dead or Alive 2’s ill-considered dub for Ayane turned the determined ninja into an apathetic teenager. Meanwhile, tactical role-playing game Chaos Wars’ English localization was so unfathomably dreadful, it practically ruined the game. This may sound like an exaggeration, but once you’ve heard Karen’s line, “Screaming? It came from the back alley!” you may be inclined to agree.

The industry has refined since then, with many roles being handled by full-time voice actors. Sometimes the budget allows for developers to pluck talent from the Hollywood elite, but even they aren’t immune to failure. Peter Dinklage’s initial interpretation as the Ghost droid in Destiny was poorly received, and the actor was later replaced by voiceover stalwart, Nolan North. Bungie executives remain resolute that the recast was due to Dinklage’s lack of availability.

Conversely, the antagonists in the Portal series, GLaDOS and Wheatley, played by Ellen McLain and Stephen Merchant respectively, are particular highlights. A perfect marriage of clever writing and impeccable performances, the games would feel incomplete without their efforts.

The Arkham series also deserves mention, with a cast that reads like a who’s who of voice actors, including Kevin Conroy, Cree Summer, Maurice LaMarche and, of course, the legendary Mark Hamill. Hamill’s interpretation of the Joker is transformative, a measuring stick upon which all other vocal portrayals of the character are judged. The performances in these games help to immerse the player into the world of Batman; dark, brooding and violent.

In reaching such dizzying heights, the industry has seen its share of hardship. Finding an appropriate balance between the studios that make the games and the performers who bring them to life can be tenuous, particularly for such a fledgling practice. Actors began seeking residuals, and concerns arose over unsafe working conditions and a lack of transparency about the nature of roles. The recent video game voice actor strike was the first such for the industry, targeting major companies like Electronic Arts and Activision. The two sides reached a deal just last month after 340 days, making it the longest strike in the history of the Screen Actors Guild.

It would seem apparent from this, that the value of superlative voice acting has ascended to peak importance, a part of a package that sets the atmosphere and emotion just as much as the musical score. Even for characters who prefer to let their action do the talking, their voices can become symbolic. Charles Martinet’s energetic, high-pitched shouts and catchphrases are every part as significant to Mario as his trademark mustache.

Like any art form, quality can be a matter of interpretation – there are some who truly enjoy outlandish voice work, and sometimes the mantra of “it’s so bad, it’s good” can raise an otherwise dubious product into another stratosphere (just ask Tommy Wiseau). But gamers can be brutally unforgiving if they feel as though a long-awaited product doesn’t deliver on all fronts. Mass Effect Andromeda was the victim of crippling expectations, and that fact amplified its myriad of issues tenfold.

Details like animations and expressions can raise the ire of a loyal fanbase, so it stands to reason that underwhelming voice acting can do the same. The blessing of this, of course, is that the proverbial high tide raises all boats; this demand for perfection leads to tour de force performances, and raises talented actors to an iconic status. David Hayter. Laura Bailey. Nolan North. The list goes on, and will only continue to grow as more actors find their niche in the field.

Truly, we’ve come a long way from the days of B-17 Bomber and Space Spartans. From a novelty to an art form in only thirty-five years. Who knows what incredible heights it could possibly reach next?