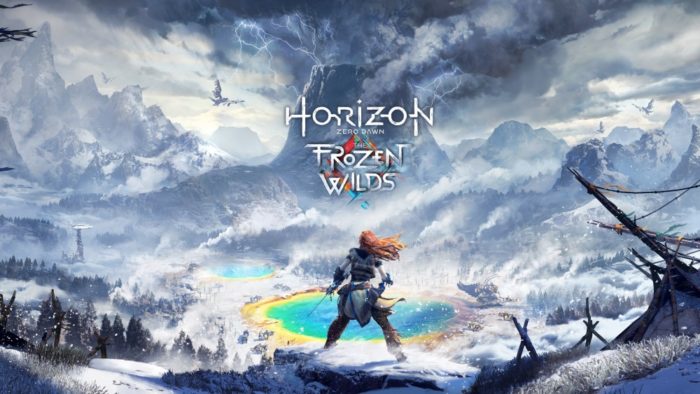 Horizon Zero Dawn was released earlier this year exclusively on the PlayStation 4 and received critical acclaim for its beautiful graphics, vast open world, interesting characters, and fun gameplay. A few months ago it was announced that the game would be getting a DLC expansion called The Frozen Wilds, which would give players an excuse to return to the game.

If you can’t wait to step back into the role of Aloy, then you’ll want to check out this recent interview between Guerrilla Games’ Lead Writer Ben McCaw and the most recent issue of OPM UK (via WCCF Tech). The Frozen Wilds will see players explore a brand new location, which McCaw described thusly:

“With writing The Frozen Wilds we wanted to do all the things that the main game did. So we wanted to provide a new area, a new culture, but we also wanted to give Aloy relationships to delve into and ultimately a storyline that does what a lot of other quests in the game do.”

McCaw went on to say that The Frozen Wilds won’t require players to have completed the main game but that it is designed to be mid-to-end game in terms of difficulty, so make sure Aloy is nicely upgraded before you begin your new adventure.

When asked about what new content and gameplay features we can expect to see, McCaw said:

“We focused on some quality of life improvements in the new skills and also added a little bit of a pizzazz. There are some cool new skills that add some new combat dimensions and some new ways to interact with machines.

“We have both upgraded versions of weapons you’ve seen in the past and we’ve some brand new weapons which explore some different ways of fighting. We’ve been experimenting with some tweaks on the game’s systems and we think they’re a lot of fun to play with.”