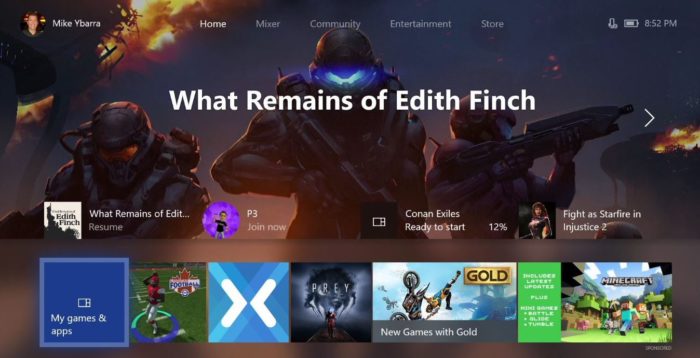 Microsoft is launching a mid-generation console update in the form of the Xbox One X later this year. The console holder previously revealed that it would release a dashboard update when the X launched, but that update may be more subtle than some expected.

“I like where we are now. I expect small adjustments going forward vs. big changes,” he wrote.

Just last month, Ybarra said the focus of the dashboard changes would be on improving performance so that console owners could more speedily get to what they want. “Performance is always the top of the line for us in terms of what our prioritization is,” he said at the time.

Ybarra had also promised that Microsoft would avoid bloating the dashboard with feature creep. Still, he and fellow Xbox executive Phil Spencer agreed that the dashboard needed “a lot of just general improvement” when it came to “the UI and the responsiveness of the UI.”

Ybarra added that the update would make for a dashboard that “runs absolutely great” on the entire family of Xbox One models: Xbox One, Xbox One S, and Xbox One X.