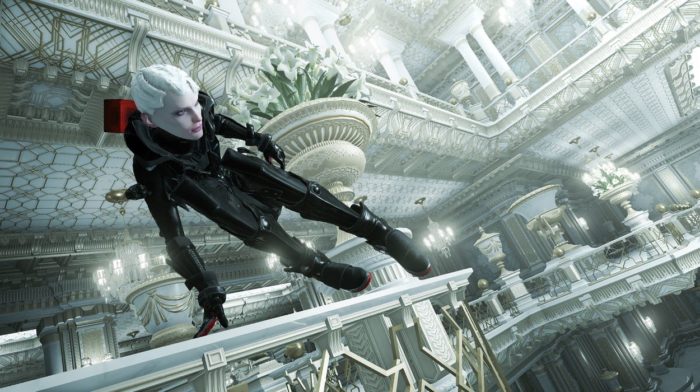 Ultra Ultra’s debut title Echo is available now for PC, a sci-fi adventure that features a female protagonist named En, who’s spent quite a long while in stasis when she arrives at her destination to horrors unknown.

It’s an intriguing title that finds players matched up against the Palace, which is far more malevolent than you’re lead to believe in the beginning of the gmae. It’s able to watch the player and utilize the information it gleans from them as a weapon, where the Echoes themselves are rebooted and updated as well as alerted to your latest actions.

You’ll spend time in the game running from “blackouts” to real-time, where you can act without consequence. It’s a pretty terrifying thought that the game uses your own actions against you, so if that chills you to the bone, you might be interested in trying out the game for yourself. Its launch trailer can be viewed below, and if you like what you see it’s out now for your own perusal. Just don’t get too spooked.