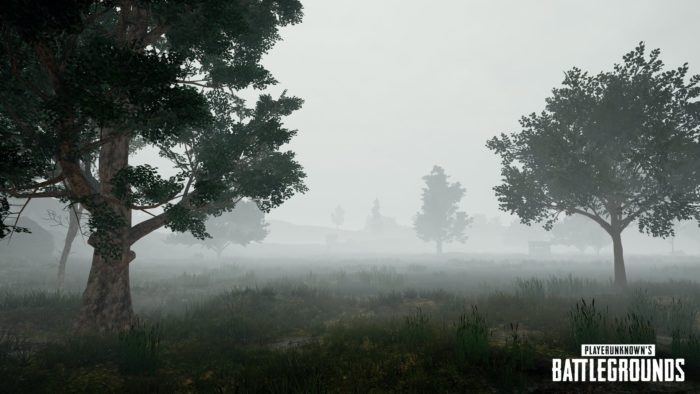 This week’s PlayerUnknown’s Battlegrounds patch is bringing a significant change to the game by way of foggy weather, which will be altering the play field in a very big way. Previously, the fog was teased by developer Bluehole and creative director Brendan Greene, so this isn’t anything unprecedented, but we’ll finally get to see it in action with the next patch that finally dropped.

The screenshots of the game that have been released ahead of time depict how lowered visibility might affect your ability to get that coveted chicken dinner, lending a lonesome, Silent Hill-esque lilt to the game, which will quite likely force players to change up their sniping and camping strategies. The foggy weather will show up at random, so no one will know it’s coming, either.

Players will need to rely on their other skills and senses if they want to perform well in the fog, and it should offer an interesting new change to the way the game is currently played in that respect. The fog isn’t the only alteration coming with the new patch, with additional bug fixes and a new weapon on the horizon.

The fog may not sound like a big change, but it will certainly be entertaining to watch players get used to it.