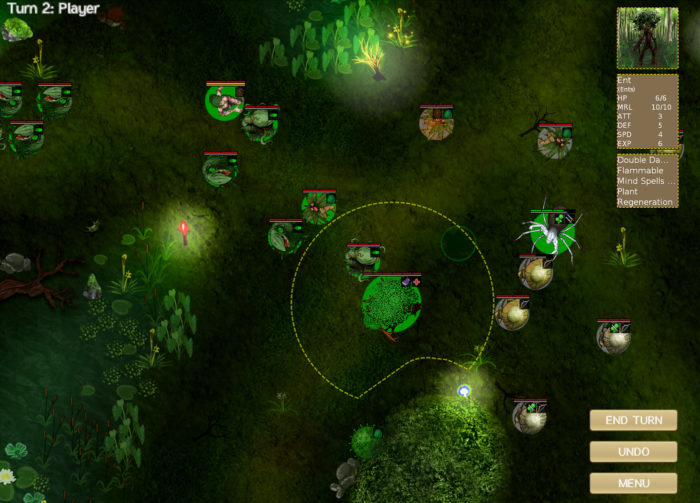 Age of Fear 3: The Legend, a turn-based tactical combat game with role-playing elements set in a high fantasy world, is out now on Steam.

The Age of Fear franchise has been around since 2011, amassing a fairly small but passionate community. Its gameplay and fantasy setting is heavily inspired by tabletop games such as Warhammer. The latest game iterates on the series signature design foundations: complex strategic gameplay with role-playing elements, advanced AI, a branching narrative, PvP multiplayer, and plenty of mod support via the Steam workshop.

It is described in the press release:

Age of Fear 3’s gameplay sets itself apart from other tactical combat games thanks to its incredibly deep combat system, which hperfected over the last five years and based on community feedback. Every hero and type of unit have its own skills tree, which is also very customizable as they level up. With close to 200 unique units and over 250 different spells and skills, no two players will have the same army and experience. Its AI system is one of the most advanced in the genre, making every battle a real tactical challenge where you have to be smart, cunning and bold to achieve victory. Its two campaigns offer completely different stories and gameplay experiences – from the magic-driven forces of the dryad Nairi to Girlock’s strong (and usually drunk) dwarven warriors – as well as branching storylines and some dark humor!

The developers of the game say that their vision for the franchise was to introduce younger audiences to turn-based strategy games, a genre they say has been largely abandoned by AA and indie developers. The small team is a collaboration of passionate developers that are themselves avid players of the game. Notably, Age of Fear’s lead programmer, Leszek Sliwko, is a worldwide recognized expert in AI and cooperative agents’ networks, with a number of scientific papers published on the subject – hence the importance and prevalence of the Artificial Intelligence in the game.

You can check out a gameplay trailer for the game below:

Age of Fear 3: The Legend is available for PC via Steam.