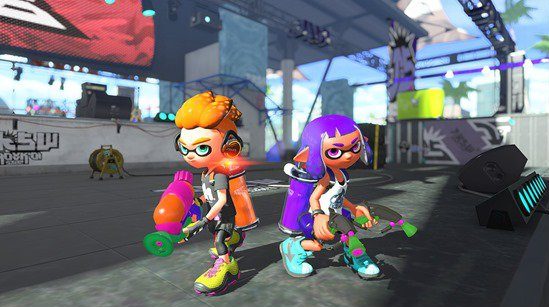 Splatoon 2’s been out in the wild for a while now, and its multiplayer scene is still bustling with life. Even though players have had quite a bit of time to get acquainted with the game’s casual and competitive scenes, there are still many who are struggling to get out of the lower ranks. Or maybe you’ve been playing Turf War all this time, and haven’t had the courage to step into the ranked or league battles and aren’t sure if you’ve got what it takes. Not sure when to super jump to a teammate? Find yourself going on insane losing streaks in ranked battles? I’ve been there too.

Well, my personal journey through Splatoon 2’s competitive modes has been quite the tumultuous one. Throughout my time with the game, I’ve discovered a few relatively foolproof tactics that have helped to carry me all the way to B+, closing in on A-, which is my personal goal. Whether you’re looking for some tips to help you get started in ranked battles, or if you were once a struggling player like myself who just couldn’t get out of C rank, hopefully, this should give you a bit of an advantage going forward.

Pure Gear Is Nice, But Not Necessary

If you’ve spent any amount of time browsing through the Splatoon 2 subreddit, you’ll see a lot of talk about something called pure gear. This is basically a piece of clothing with all four ability slots dedicated to the same perk, and that can give you a serious boost in your matches. This requires a lot of farming and grinding, though. And if you’re just looking to get out of the lowest rank, don’t stress out about this just yet.

Focus on filling out all your ability slots, and wear the pieces of clothing with perks that will help you out. One or two slots dedicated to the same perk is enough for now.

Pick A Weapon That’s Good and Easy To Use

If you’re a huge fan of the Aerospray MG because of how well it inks in Turf War, you’re most likely gonna have to put that gun away in ranked battles. There are just way too many weapons that can outclass the Aerospray, and if you want to get a decent number of splats in ranked, you need a better weapon.

The Tri-Slosher is still dominating the Splatoon 2 meta. It does an insane amount of damage, and it instantly decimates any unlucky foe foolish enough to stand in front of you. It has decent range as well, and if you can take the high ground with it, you’ll be nearly unstoppable. The Dynamo Roller is also starting to make waves in the competitive scene, and it might even be beating out the Tri-Slosher in terms of popularity.

If you want a more traditional gun, the Sploosh-o-matic is a very good place to start. Despite the shortness in range, it inks turf very efficiently, and can splat unarmored foes in a couple of hits. Its special is the Splash Down, which is always useful for clearing out areas. And the curling bombs are fantastic for inking dangerous turf before you start moving in. It has a nice rate of fire too.

The Tentatek Splattershot is still one of the most dominant weapons in the whole of Splatoon 2 as well because of its low skill floor, but I recommend trying out the Custom Splattershot instead. I’ve been using this one for a while now in ranked battles, and I find that auto bombs are much more reliable for securing splats over the curling bombs. The Ink Storm special also provides nice cover for your team and is especially helpful in the Rainmaker and Tower Control modes.

Stay away from chargers and heavy weapons like the Rapid Blaster Pro if you’re not confident in your aim. The Sploosh and Custom Splattershot are more than enough to get the job done in C rank.

Look, I wasn’t a believer at first either. But motion controls really do change the way you approach Splatoon 2. Motion controls won’t completely replace right stick movement; how you want to do it is to use the right stick for turning your character around and looking left and right. The motion controls are for precision aiming, and it should improve your reaction time when aiming up and down. Turn the sensitivity up to 1 or 2 for starters, test it out in Turf War, and once you get the hang of it, bring it to your ranked battles.

This is the best tip that I can give, and I can safely say that this was what carried me all the way to B+. When a match starts (whether it’s Splat Zones, Tower Control, or Rainmaker), don’t follow the rest of your team in a straight line to the goal. If no one else is flanking, find an alternate route on the map and try to catch your enemy off-guard from the back. You’ll be very surprised by how often this works.

Nine times out of 10 in a Rainmaker match on Musselforge Fitness, I take a few extra seconds to circle around the map to the back of my enemies, and you’ll find all of them frantically shooting at the bubble. This makes them extremely easy targets to pick off, and this will give your team an early advantage.

In the middle of the match, consider laying down in a puddle of ink on the ground, and wait to ambush the enemies. Port Mackerel is my favorite map to do this on, especially during Splat Zones. From the enemy base, lie in wait on top and at the side of the ramp that leads up to the central zones. It’s very rare to see a player check the puddles there, and you’ll have an easy shot at their back.

No one ever expects the flank in Splatoon 2’s lower ranked matches, and this will mark the difference between a B and C-ranked player.

Because Splatoon 2 is a team game, there is still an element of luck involved, and you won’t win all of the matches you get into. That said, there are still methods and tactics that you can employ to make sure that you rise through the lower ranks quickly. Now, on to A rank.