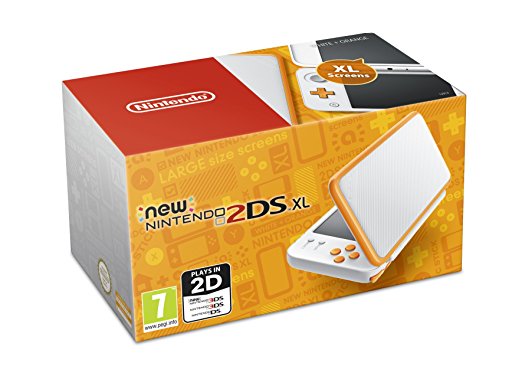 The Nintendo 2DS XL has a few notable differences when compared to its other Nintendo 3DS family siblings. Of course, the most obvious one is the fact that it does away with the 3D features of the other handhelds. Another difference is a far more superficial one but one that makes the 2DS XL just seem like the fun sibling of the bunch. While the 3DS and 3DS XL handhelds were released with solid red and black color palettes, the 2DS XL is coming through with two-toned designs that can be a bit polarizing. It seems like most Nintendo fans either love the color combinations or absolutely hate them. Either way, you can’t deny that the new orange and white edition comes with an added dose of personality.

If you want to give the 2DS XL a try but just haven’t been able to get into the darker color scheme of the black and blue model, be on the lookout for the new color option to hit shelves on October 6 with a suggested retail price of $149.99.