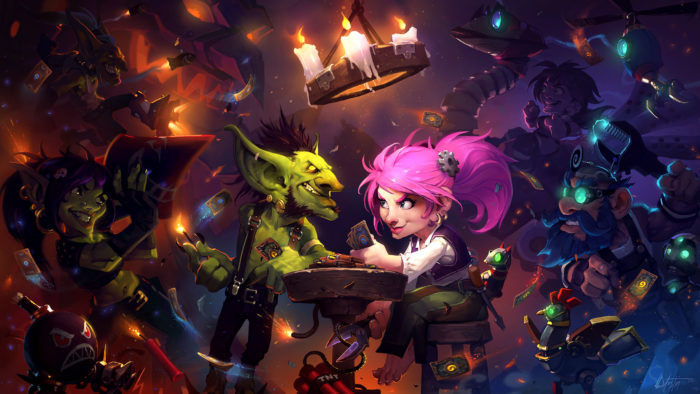 Blizzard has recently revealed via their official blog that five cards in Hearthstone will be modified during the title’s upcoming update. The state of two other cards that fans have demanded changes for was addressed as well.

Of all the cards being nerfed, three are Basic. They include Hex, Innervate and Fiery War Axe. Blizzard commented that, “While they can be regarded as staples in those classes’ card repertoires, too many Basic and Classic cards played in individual decks means less fun when new expansions are released. Cards in the Basic set serve several purposes in the game, so we would rather make balance adjustments to them instead of moving them to the Hall of Fame, like we have done for cards in the Classic set.”

With that being said, the publisher continued, “We are also trying to limit Hall of Fame changes to the start of each Hearthstone Year, which is why Murloc Warleader – a Classic card – is receiving a balance change instead of moving to the Hall of Fame.”

All of the cards being altered can be found in the gallery below. You’ll notice that some changes are nominal, as three cards are only increasing in cost by one mana:

Blizzard also commented on two cards it’s received pressured from fans to change: Ultimate Infestation and Ice Block. In terms of the former card, the publisher explained that, “We considered changing all mentions of the number 5 in Ultimate Infestation to 4, or removing one of the effects entirely. With the other changes we are making to Druid, ramping out Ultimate Infestation before turn 10 should happen less often, so we decided to leave it as is.”

In regards to Ice Block, Blizzard simply said it doesn’t want to move cards to Hearthstone’s Hall of Fame at this time.