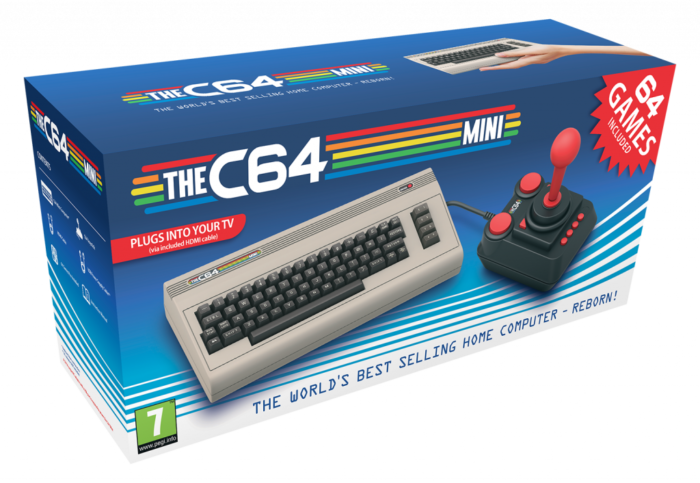 Ever since Nintendo re-released the NES last year in the form of a mini version which included a number of games, the business of mini consoles has boomed. Earlier this year Nintendo announced the SNES mini and now you can get your hands on a mini version of the Commodore 64.

Originally launched back in 1982, the C64 was a milestone in home gaming consoles, offering 64KB of RAM, color graphics, and synthesized music. If you have fond memories of your original C64 then you will soon be able to pre-order a 50% scale version of the original.

The console comes with a controller and can be plugged straight into your TV with an (included) HDMI cable. Many classic games are installed including Uridium, Paradroid, Hawkeye, Nebulus and Monty Mole.