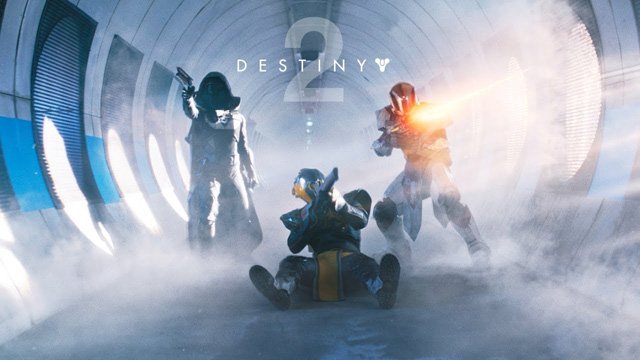 This week, the highly anticipated sequel for Destiny launches on PS4 and Xbox One. While the game itself looks to make strides forward with a number of feature additions and gameplay tweaks, the franchise, as a whole, looks to embark on new terrain — PC. The move marks a big step for not only Destiny as a property, but also for Bungie as a company since they have not released a game on PC since Halo 2 in 2006.

But releasing a direct sequel of a game to a platform that didn’t get to experience the first installment seems like an odd choice, right? Perhaps not. In many ways, Destiny 2 signifies a fresh start for the series.

The story takes place after the events of the original game. Players enter a tower under attack from the Cabal special force known as the Red Legion. At the end of the playable story mission in the beta, the Red Legion’s leader Dominus Ghaul takes your guardian’s light and pushes you and your ghost from the tower, effectively resetting your character. This even playing field allows every player across console and PC to start anew with a level 1 guardian with no equipment or weapons.

In fact, the PC release of Destiny’s sequel may have had more impact on console versions of the game above anything else. Much like the original Destiny’s 360 and PS3 versions dictated some of the direction, scope, and features of the original, Destiny 2’s release on Windows changed the way Bungie had envisioned the series progressing through multiple iterations. Back in 2014 in an interview with IGN, Bungie’s David “Deej” Dague said that characters would carry over between versions of the game. “It’s been no secret that we have a ten-year plan for the expansion and evolution of this franchise, and it’s something that we’re always dreaming about.”

“The idea is that the Guardian you have created is something you can bring along with you on that adventure,” he continued. “If you take a look at the way people have played other games for a long period of time, they’ve had a relationship with the same character for a very long time.”

Now, Bungie’s move to go beyond PS3 and 360 while launching on PC necessitates a reset, forcing Bungie to abandon previous plans of ten-years of carryover in exchange for widening the player base. In the long run, the decision will likely result in an even larger player-base for the already insanely popular series, even at the expense of wiping away the previous game’s progress.

For those who game exclusively on PC, entering the franchise on its second installment means getting their first taste of Destiny after three years of polish. No game launches without its problems, and the original Destiny had no shortage of issues. While solid gameplay and an engaging — if sometimes frustrating — loot grind sunk their claws into players, Destiny took advantage of its live ecosystem in its three years of existence. They made tweaks, added features, balanced drop rates, completely overhauled systems, and even changed voice actors for established characters.

PC players will have missed spending days firing tediously into the infamous loot cave, grinding for Ascendant Energy and Shards, and cheesing the Vault of Glass raid. Instead, their first experience of the game will be the culmination of many lessons learned from the original, including a more forgiving and accessible loot grind and streamlined currency systems.

Not only will PC players benefit from a more polished experience entering the franchise during the sequel, they will also experience a higher quality game in terms of visuals. Destiny’s framerate and other performance measurements have become a point of contention for the much-anticipated sequel, particularly on PS4 Pro and Xbox One X. All console versions of the game will be capped at 30fps. No such restriction exists on PC, as the uncapped framerate will allow players to push their rigs to the limit.

The game will sell well across all platforms, but given the beefed up capabilities of Destiny’s PC version and the strong showing the recent beta had, the best version of Destiny will not launch on September 5, but rather on October 22.