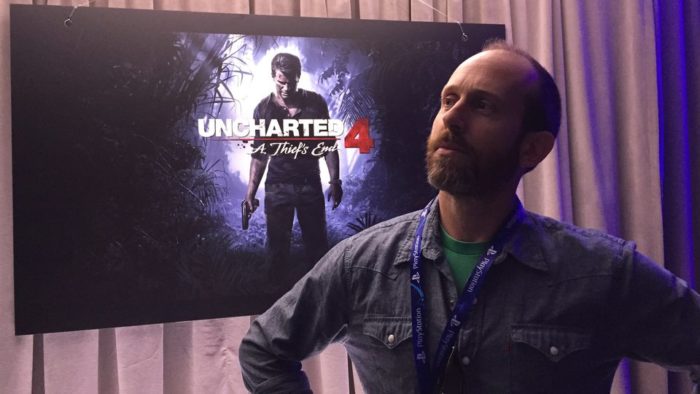 In a surprise turn of events, The Last of Us, Uncharted 4 and Uncharted 2 director Bruce Straley has taken to Naughty Dog’s official blog today to announce that he is in fact leaving the studio.

After 18 years, Straley calls this “the hardest decision of my career.” For him the studio is a place he could call home, but after taking up three extremely demanding projects, his work was taking too much time away from his personal life. Realizing this, the director decided that he needed to move on.

It will be interesting to see how this effects development of The Last of Us Part II going forward, as Bruce Straley was assumed to be directing the sequel as well. The man’s body of work at the studio include critically acclaimed titles like the aforementioned PlayStation 3 and PlayStation 4 classics, so today’s announcement is definitely a great loss for the team and for Sony as a whole.

That being said, Straley is incredibly grateful for what Naughty Dog has accomplished and looks forward to see what they’ll create next. “I’m so proud to have been a part of this team. I can’t wait to see what they create in the future,” he stated.

Little is known about The Last of Us Part II, other than it will star an older Ellie on a quest for revenge. It was revealed at Sony’s PlayStation Experience last year. Neil Druckmann will presumably take up the role of director on the project now, though that remains to be officially announced by the developer and Sony.