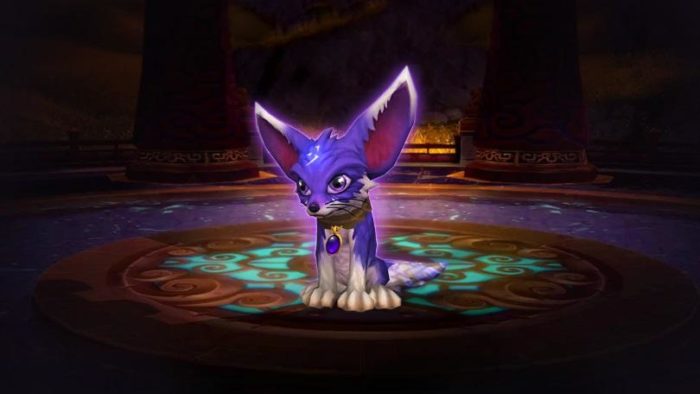 Blizzard typically introduces a new World of Warcraft pet every year in an effort to raise funds for various charities. The new pets are announced at BlizzCon, which takes place in November. There was one planned for this November’s show as usual, but given the rampant destruction caused by the past month’s hurricanes, Blizzard has decided to move up its latest pet release to help aid hurricane relief efforts.

The pet, Shadow the Fox, is not only adorable, but will send the millions of dollars Blizzard typically raises via the sale of these pets to charity. Blizzard usually donates 100% of the sales of these pets to charity, and it will be doing the same with the $10 pet Shadow. The earnings will be split between the IRFC Disaster Relief Emergency Fund and the American Red Cross.

Sales are going on now throughout December 31, so if you play World of Warcraft and want to drop a little cash on a pet, you can do so while helping support charities out there meant to mend some of the damage caused by the hurricanes. You get a cool new pet and also get to help anyone affected by the disasters. It’s a win/win situation!