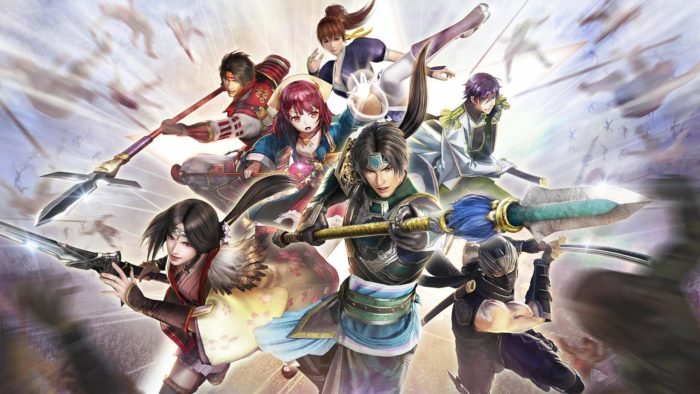 I haven’t played a Dynasty Warriors game since the third iteration was released on the PS2 back in 2001. And even then, I barely remember anything about the game aside from the ridiculously dressed characters who were supposed to be depictions of historical figures from the Three Kingdoms era, a weird Mandarin song that sounded like the next big hit to my tender eight-year-old ears, and shallow hack-and-slash combat that felt so darn satisfying. From what I’m to understand, Omega Force’s Dynasty Warriors formula hasn’t changed all that much in the years since then. The character fashion has gotten a little more outrageous perhaps, but the gameplay has remained largely the same. It’s a formula that has worked for years, and one that Omega Force has implemented in various other series including Samurai Warriors and Warriors Orochi.

Warriors All-Stars has a simple premise. A brand new world is in trouble, where three fox-like siblings Tamaki, Shiki, and Setsuna are fighting over the throne, and a mysterious evil threatens to drain the spring of life. To combat this, heroes from other worlds are summoned to come to its aid. Unlike other Warriors games Koei Tecmo and Omega Force have produced, Warriors All-Stars features a rather modestly sized cast. However, the game does let you play as a few other supporting characters from a particular franchise as well. For instance, Zhao Yun is the playable Dynasty Warriors character of the game, but you can also take control of Lu Bu and Zhou Cang as well.

Not all the heroes are going to be friendly towards each other, though. They’ve all been split into different forces, under the control of a different sibling. You’ll end up allying with a select few during a single playthrough, but you can enjoy a different line of progression in your next playthrough by choosing a different character. It adds quite a bit of replayability to Warriors All-Stars, especially if you’re invested in the story.

The gameplay itself is fairly standard. You’ll mash the square and triangle buttons to attack, and hit the circle button to use your ultimate move. Warriors All-Stars does throw in a few new mechanics into the mix, though. Now, you can take a squad of up to four other characters into battle with you, and you’ll be able to make use of their unique skills to help you out in a fight. Some are offensive, while others can restore your health over time. If you meet the right conditions, you can even take control of the other members in the fight to deal some extra combo damage. There’s also an odd little overdrive mode you can activate, where you’ll have to slay as many enemies as possible while your party members cheer you on in the background. The more enemies you take down, the more party members will show up on your screen to shout words of encouragement. It’s really quite a comedic sight, but it’s also just that much more satisfying when coupled with the buttery smooth hack-and-slash gameplay. When the timer runs down, you’ll unleash a powerful attack, with its potency depending on how many enemies you killed.

Warriors All-Stars has also ditched the weapon system in favor of Hero Cards, which can increase a character’s stats and enhance their other abilities. Functionally, the Hero Cards largely serve the same purpose as the weapons, but I would’ve preferred a weapons system that changed up the look of my character’s equipment.

What really struck me the most about Warriors All-Stars was the sheer size of its world map. There’s a main hub in the center, which is where you’ll accept optional requests from fellow teammates, and level up via the practice arena. The world map itself is just absolutely packed with things to do and missions to tackle. They all play out the same way – head into a map, kill a bunch of guys, run to a specific point on the map, kill some more guys – but they can help you level up your bond levels with your teammates. This is another new addition in Warriors All-Stars, where characters can increase their bonds with each other when they head into battle. This unlocks special rewards, combat bonuses, and even special cutscenes where you can learn more about a character’s backstory. It’s all fan service, of course, but should be a welcome feature for Koei Tecmo fans.

If you’re worried about steamrolling through all of the levels, though, don’t. Warriors All-Stars has implemented a Bravery level system that prevents you from heading straight to the enemy base camp at the start of a level and wiping out the big boss. Essentially, a Bravery level dictates how strong you are. The more enemies you kill and the more objectives you complete, the quicker your Bravery level goes up. If you try to attack an enemy with higher Bravery than you, more than likely you’ll lose the fight as the enemy will have higher attack and defense stats. This is done so that the player is forced to explore the level a bit more, capture a few more bases, and beat some enemies before going for the boss.

It’s a pretty well thought out mechanic that works on paper, but in practice, I found that it only served to drag out the level. The mission structure never really changes throughout the campaign, and as the story continues, the gameplay itself starts to feel stale as well. The story is also as vapid as they come, and it was difficult to immerse myself in this new world and the plight of the three siblings. In fact, outside of watching the interactions between my favorite Koei Tecmo characters, there was very little else to keep me invested in the tale Warriors All-Stars was trying to convey.

Warriors All-Stars sticks with the formula it knows best, and that works. For players looking to dive into a lengthy game with nothing but that satisfying punchy feel of the hack-and-slash combat, this is absolutely perfect. There’s an endless stream of side missions and content to tackle, and the unlockable cutscenes between the crossover characters are just the cherry on top. However, for players who might not entirely be sold on Omega Force’s classic combat, or even for players who have taken a 16-year break from these Warriors-style games and are just returning, you might find that it drags on a tad too long with no real variety in gameplay to shake things up.

Despite Dead or Alive 6 Crossover, Koei Tecmo Is Still Tiptoeing Around DOA Xtreme’s Existence
To Top