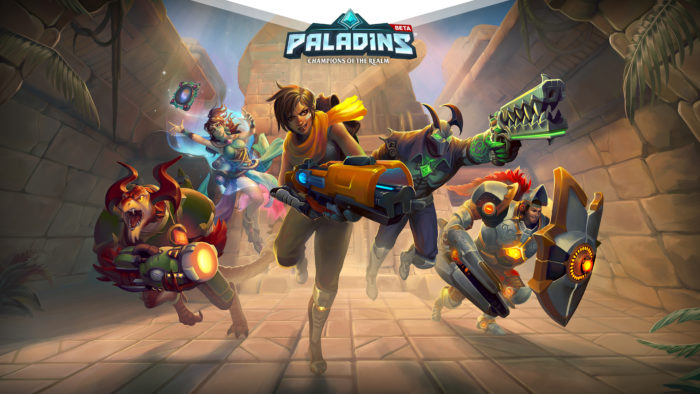 Hi-Rez Studios has officially announced a partnership with the World Esports Association (WESA) for their new Paladins Premier League initiative.

Paladins entered an open beta phase in September 2016, and has been steadily rising in popularity since then, gathering 15 million players worldwide. Hi-Rez has been cultivating the game’s professional scene as well, utilizing the esports know how that they have collected through projects such as the Smite Proleague. With in-game promotional items and a feature that allows players to watch official Paladins streams and gain in-game loot, Hi-Rez has been working hard to build their game’s esports community while it’s still in beta. With Paladins Premier League, they’re asserting themselves as a force within the industry.

Initially teased by Hi-Rez COO Todd Harris in a post to /r/Paladins on Aug. 4, Paladins Premier League will be comprised of ten WESA member teams: EnVyUS, Fnatic, G2 Esports, mouseports, Natus Vincere, Ninjas in Pyjamas, Renegades, SK Gaming, Splyce and Virtus.Pro. Though PPL will be limited to these ten teams initially, Hi-Rez states that they are open to expanding in the future, and that while the league is sanctioned by WESA, it will not be exclusive to organizations who are members of WESA.

In an official press release, Harris stated “Hi-Rez is very excited that the world’s most popular and experienced esports teams have chosen to partner with us in launching Paladins Premier League under the leadership of WESA. We see an incredible community appetite for competitive Paladins and the Paladins Premier League will showcase the highest tier of Paladins esports within North America and Europe. In addition, we applaud WESA’s initiative to professionalize esports and will be working closely with them toward this goal.”

Paladins Premier League will be WESA’s second sanctioned esports league, following in the footsteps of the Counter Strike: Global Offensive ESL ProLeague. In addition to the teams who will be taking part in PPL’s first season, FaZe Clan, North, OpTic Gaming and ESL also count themselves as members of the organization. WESA was founded in May 2016, with the stated goal of increasing the professionalism of the esports industry. Paladins Premier League is a big step towards WESA’s goals as the league’s revenue will be split with the participating teams, and there will be a league wide minimum salary for players. Hi-Rez has announced similar features in their next season of the Season 5 Smite Esports as well.

“Paladins has emerged as an innovative first person shooter (FPS) title and Hi-Rez has a track record of supporting endemic esports organizations and players,” said Ken Hershman, Executive Chairman and Commissioner of WESA. “For WESA, this is an important milestone as it marks our second esports title.”

In his post to /r/Paladins on Aug. 4, Hi-Rez’s Todd Harris expressed hopeful optimism as he described the studio’s approach to creating a healthy esports environment.

“Almost every new multiplayer game wants to be an esport. And some existing multiplayer games want to become the NFL overnight. My perspective is that esports will continue to grow but it can’t be forced. The Community decides what is an esport. Every publisher and league has a different model and perspective on the ‘right way’ to do esports. But the reality is that everyone is experimenting because this is such a new area. That is part of what makes it exciting. And hopefully, multiple models and publishers will continue to find success. A thriving and growing esports industry means more opportunities for game developers and professional players alike.”

Although there is no official starting date at the time of writing, Hi-Rez stated that Paladins Premier League will officially begin in Fall 2017. You can see Hi-Rez’s official announcement video right here for more information.