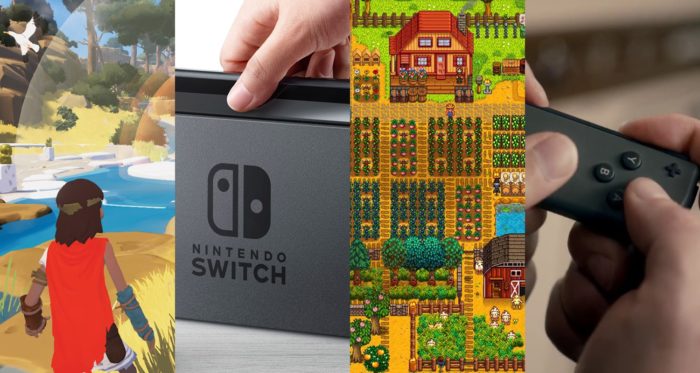 Indie games are essential in today’s gaming industry, there’s no doubt about that. The initiatives that console manufacturers have taken to champion game development on their platforms is admirable in that each is promoting new ideas and ways of playing games. Imaginative means of communicating through software are being explored, and it’s important for industry leaders to keep an eye on the latest trends. Nintendo, too, is fostering growth in the indie scene, as highlighted by their Nindie showcases.

Shown off as recently as today, even highly anticipated games in the indie scene are releasing as Nindies on the Switch, including but not limited to SteamWorld Dig 2, Owlboy, Portal Knights, and Brawlout. Indeed, Nintendo is catching up with competitors Mircrosoft and Sony when it comes to indie patronage and that doesn’t seem to be slowing down anytime soon.

With all this being said, Nindies should not be replacements for AAA experiences. Though they may serve as welcome titles to play between major releases, in most cases indie games just don’t carry as much weight as games published by bigger companies like EA, Blizzard, and Ubisoft.

Look at console market leader Sony as an example. Though it has games like Rime, Undertale, and Inside, it relies on AAA publishers to sell its systems. There’s a reason why PlayStation frequently brands itself with Destiny and Call of Duty. These franchises have monumental followings behind them and millions of dedicated players willing to purchase a machine just to play the latest entry in his or her favorite shooter. It’s all about marketing.

The argument could be made that console manufacturers could make the same partnerships with indie developers, except this won’t exactly work out the same way. Though many people may be interested in the newest indie game from a certain small scale developer, the numbers simply won’t be enough to justify spending thousands of dollars in packaging and promotion – with most of the cost to be endured by the console manufacturer or publisher (this can be evidenced in Sony’s partnership with No Man’s Sky). At the end of the day, the deal is just too risky.

Aside from these points, indie games usually just don’t have the impressive scale or visuals of AAA titles. They don’t have the amazing set pieces that will draw mass audiences to purchase a console. People outside of the hardcore gaming audience can’t be bothered to see something that in their mind might look outdated. They’re looking for the next gut-wrenching or explosive experience that they can talk about with their friends at work.

Indie games are essential in maintaining a healthy console ecosystem and offering people more ways to play games. They give developers incentive to keep doing what it is they love and feel inspired by other members of the community. In many respects, indie game development is one of the best things to happen to gaming in the past decade or so since it’s been introduced to market.

That being said, they just don’t appeal to the wider audience that console manufacturers are striving to reach. Nindies definitely serve a purpose on the Switch, but they can’t replace Nintendo’s partnerships with third-party publishers, as it’s these deals that really incentivize purchases from would-be Switch players.

The Switch may not have the raw horsepower that its competitors have and that’s perfectly fine. It’s clear at this point that power alone doesn’t sell consoles. But Nintendo needs AAA third-party developers on board for the Switch if it hopes to sustain the system when its first-party developers aren’t releasing anything. Bethesda’s port of Skyrim is a start. Let’s just hope more are in the pipeline.