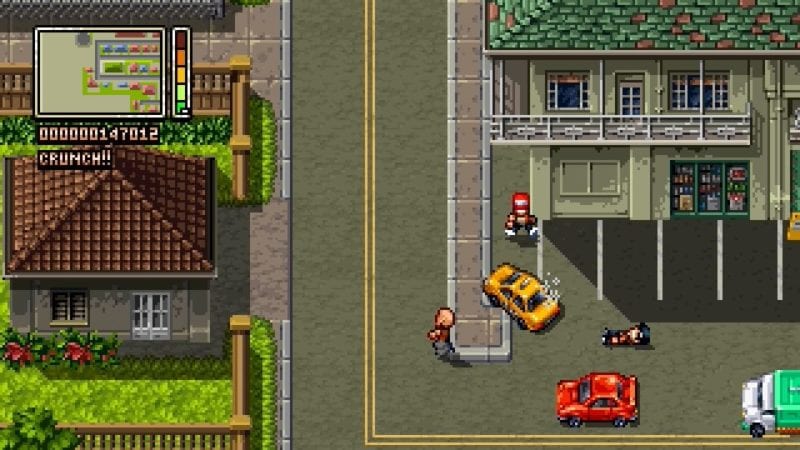 Shakedown: Hawaii is a name we haven’t heard in quite some time; originally announced as a sequel to the similarly-styled Retro City Rampage back in 2015, this quirky top-down sandbox shooter hasn’t seen much exposure. But with yesterday’s full reveal trailer, it definitely looks like something to get behind.

At first glance, Shakedown: Hawaii is a quirky little pixel-art game in the style of GTA:Vice City: full of sun, sex, and gangs. The game gives you an entire pixelly world to wander and wreak havoc in, using guns, melee, fire, and anything else at your disposal. According to the Steam Page for Shakedown: Hawaii, it “parodies mega corporations, white collar crimes, and the most comically egregious business practices that go alongside.” This game really looks like it doesn’t take itself seriously, which is nice to see in amongst all the super serious AAA gangster titles these days. And in the trailer, we can certainly see this: you’ll be able to do shady business with fat-cat bosses all across the town.

As you can see in the trailer, it looks like you’ll have a lot to do throughout the course of this game. Shakedown: Hawaii will be headed to the PS4 and PS Vita, and interestingly the Nintendo Switch and 3DS. Nintendo’s backing by indie and third-party companies is really shining. There’s no release date for the game as of right now, aside from 2017, but it’s better than nothing, right?

Keep an eye on Twinfinite for more news about Shakedown: Hawaii.