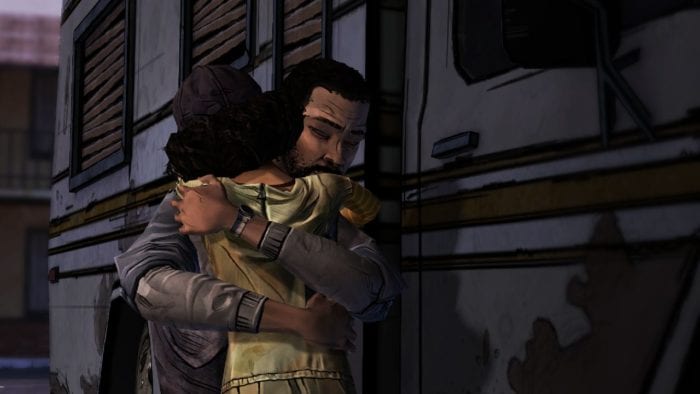 Warning: There will be spoilers ahead for the first two seasons of The Walking Dead and Batman.

Telltale has made quite a name for themselves over the years, with everything from the Sam and Max series to The Walking Dead. The company’s trademark style since TWD has been all about choice, and each game even begins by telling you the experience adapts to the choices you make. In reality, however, decisions made in Telltale games have never been about granting you choices that change the outcome of the story, and that’s perfectly fine. There’s a predetermined story that Telltale games tell, and the choices that you make along the way are meant to alter your perception of the story and how you see the characters and their personalities.

Despite most of their games lacking hugely influential choices, Telltale manages to make each one feel like a personal experience. By the end of The Walking Dead or Batman it feels like you’ve had your very own adventure. The choices you make have a huge effect on how you perceive the Telltale game you’re playing, without actually altering the overall flow of the main narrative.

Take for example the end of the first Walking Dead. No matter what you do at the end of the game Lee will die, whether you have Clementine end his suffering or simply let him be. There’s no way to get around the fact that Lee, our main character, will not make it past the first season. What this does do, however, is decide what kind of person you believe your Clementine to be. The choice you make doesn’t have absolutely far reaching effects on the next two seasons, as certain events will still happen, but it does alter her personality to a degree. If you have your Clementine shoot Lee, you’re going to have a much different perception of who she is and how hardened she’s become than someone that just couldn’t bear to do the deed.

This idea is only strengthened by the ending of The Walking Dead season 2, which sees Clementine side with one of two important characters. Ultimately who she ends up with and where is decided by this choice, changing the course of her life. Of course, the events after season 2 are merely a lead in to season 3 and its new characters, and only Clementine will be there no matter what. Again though, this decides Clementine’s past leading into A New Frontier, a past that really only the player knows about, not other characters in the world. Once again the technique is used to help your perception of Clementine’s personality, and why she might make some of the decisions she does, only this time you’re controlling a new character named Javi and not Clementine herself.

Morality and choosing between right and wrong has always been a big part of Telltale games, which is why some decisions are so darn hard to make. This is done intentionally as Telltale games want to play with player’s morality, and because of that each person that picks up one of their game will interpret the story and choices differently. How you view the world will decide your choices, and in turn affect your perception.

Telltale helps reinforce morality at the end of each episode by showing how your choices stack up against what others did. This in and of itself is a brilliant feature that weighs your choices against those of other players, giving it extra meaning by comparing your experience to everyone else, and showing the variation that can happen.

By juxtaposing this level of choice with a streamlined overall narrative, Telltale games put players in difficult positions. Sometime it’s to make players feel like their choices are inconsequential for a reason, like the harsh reality of being unable to save Lee. Other times it’s to reinforce what a player thinks is most important with a character and the world, like having to choose whether to attend the press conference as Batman or Bruce Wayne at the end of the series. Most often, what happens in Telltale games doesn’t revolve around your player character, but you’re reacting to hard situations that other characters put you in.

Player choice is a brilliant thing, and something that can create an unprecedented level of immersion. Too often, however, we forget how granting the player huge amounts of choice and freedom can lead to an unfocused story or uneven characters. You aren’t playing blank slates in Telltale games, and because of that there are certain personality traits that you don’t want to break with Lee, Bigby Wolf, Bruce Wayne, or any of the others.

Telltale is a storytelling developer, that is and probably always will be their focus. There are particular stories and themes they want to touch on, but they still try and mold each experience to feel unique to players. Big choices are there, but normally they won’t affect the big story beats of the game, and that’s just how it should be. Perception is everything, and Telltale has become masters at playing with how you view and interacting with their worlds.