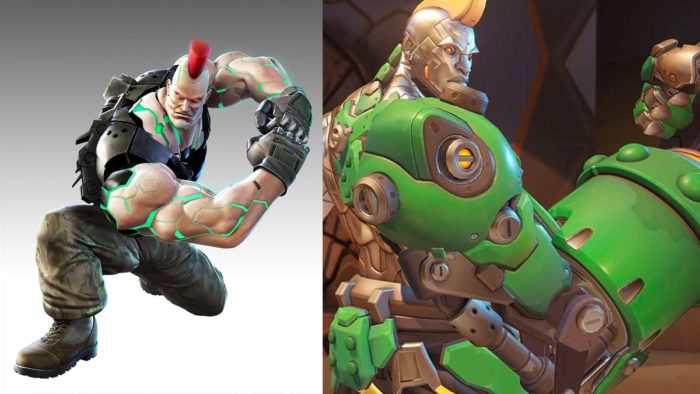 Following the recent Doomfist hype, the official Tekken 7 Twitter account has decided to join in on the fun. Just recently, they posted a side-by-side image of the Overwatch character wearing his Irin skin and Jack-7. “Everyone knows Jack is the original Doomfist! #TekkenVSOverwatch,” the Tweet reads.

We see what you did there, @PlayOverwatch Everyone knows Jack is the original Doomfist! #TekkenVSOverwatch pic.twitter.com/s4AjZsgrvS

The new Offense hero is a unique addition the cast as his kit mainly revolves around physical attacks with him being the close equivalent of a fighting game character in a third-person shooter. Blizzard apparently decided to use this opportunity to put in some quirky references to his various cosmetics.

Aside from the Tekken 7, Polygon shares that his sprays also have some other cool Easter Eggs. One spray called the “Move List” is basically a command input that you would find in almost any fighter game. On the other hand, another spray called “Punch?” alludes to the little boy wearing a cast that was featured in the game’s very first cinematic trailer.

It’s worth noting that Blizzard has sneaked in some other references with the other characters in the game. Most of these little Easter Eggs can also be found through similar stuff like voice lines or sprays.

Those who want to play Doomfist can download the latest Overwatch PTR patch for the PC. Meanwhile, you can try Jack-7 in Tekken 7 on the PC, PS4, and Xbox One.