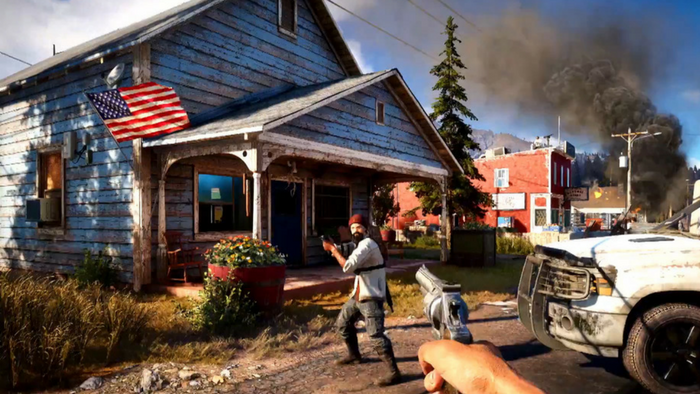 Far Cry 5 is going to have co-op play, but not in the way you might have expected. In fact, if you were planning on getting together with a buddy and experiencing the game together, this bit of news might essentially dash your hopes. As it turns out, according to the German publication GameStar, only one person at a time will receive progress in their game at a time.

This means that, even if you have two people engaged in co-op mode, only the host, presumably, will receive credit for progressing. It was previously reported that the game, in contrast with its earlier entries, would allow players to complete the whole story from beginning to end while playing together. If GameStar’s report is accurate, this would mean there isn’t “true” co-op in the sense that players are enjoying the same world together and receiving credit for their accomplishments at the same time.

Far Cry 5’s co-op mode is online-only, designed obviously with the ease of allowing players to drop in and out as an important factor. It isn’t a new thing, seeing as none of the prior Far Cry games let you play through the entirety of any campaign with a friend and reap the benefits, but it would certainly have been a boon for players looking to explore the world (now sans towers and minimaps) together.

Twinfinite has reached out for comment on the matter.