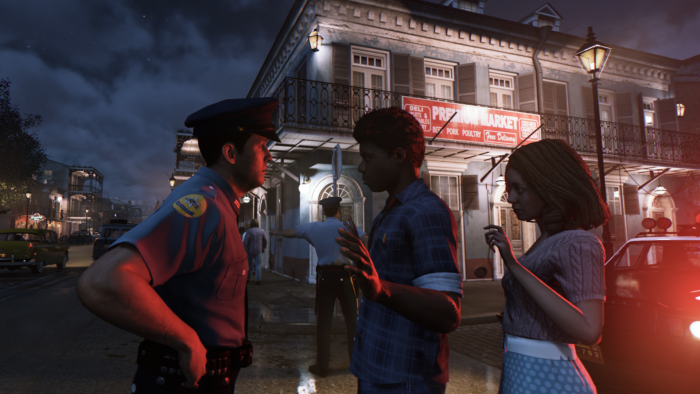 Mafia III is getting another DLC release, this time in the form of an extra set of content called Sign of the Times. It’s coming out a whole lot sooner than you might have expected, too. It’s releasing for PlayStation 4, Xbox One and PC on July 25. That’s not very far away, so hopefully you’re already where you want to be in your individual game.

This particular story involves some pretty bizarre cult activity in the form of “deranged and violent” cultists called the Ensanglante. They’re keen on using drugs that make them hallucinate and force members to kill people in a bid to cleanse New Bordeaux through some terrifying and primitive rituals.

Unlike Faster, Baby! and Stones Unturned, this Mafia III outing will find protagonist Lincoln needing to search for clues in a mystery-like setting where he has to examine the environments around him, a la Rockstar’s L.A. Noire. It’s going to be a lot slower-paced than you might be used to from the game in general and its DLC packs, but it’s going to feature some freaky visuals too, it seems.

If you’re interested in trying it out, it’s available as part of the game’s season pass and will likely be priced similarly to the past installments that were available a la carte, around $15. Get ready for some craziness in New Bordeaux!